I took a while to get going on today’s Giovanni, perhaps because I like to work down from the top of the grid, and this time the bottom half fell into place much more readily than the top. 8d was the last one in – I was sure there had to be a horse in there somewhere – so well into *** difficulty for me. As usual with Giovanni’s clues, once you’ve solved them, you wonder why you were held up.

1a           Woman in charge, a complainer, ruler in muddle (10)
MANAGERESS – Put together A from the clue, someone who is a persistent complainer, and the regnal cypher of our ruler, then wrap a muddle around the result.

10a         Wise guy, the crossword compiler — but not an abstainer (4)
SEER – Remove the letters used to indicate someone who is a total abstainer from alcohol from the word commonly used to describe a person who compiles crosswords.

15a         Chaps in planes mean to fly across Ireland (6)
AIRMEN – An anagram (to fly) of MEAN wrapped around an abbreviation for Ireland.

16a         Shabby-sounding item taken from Hamish’s allotment? (6)
TATTIE – The Scottish word for the vegetable that goes with haggis and neeps sounds like a word for shabby. 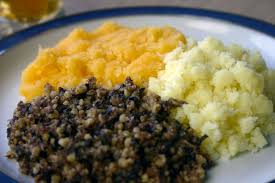 17a         Be a bit mad, having lost the thread? (4,1,5,5)
HAVE A SCREW LOOSE – A colloquial phrase for being a bit mad is also a literal description of having lost track of a metal item which has a thread.

18a         Dismissed a knight involved in heavy defeat (3,3)
RAN OUT – A (from the clue) and the chess notation for a knight placed inside a heavy defeat, giving the past tense of a verb describing one of the ways of dismissing a batsman at cricket.

20a         More than one animal goes by sea — any number brought aboard (6)
SNAILS – The algebraic symbol for ‘any number’ inside a verb meaning ‘goes by sea’. 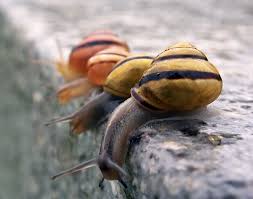 21a         Leader of Democrats backing savage cut (7)
SEVERED – A word for savage of harsh followed by the first letter of Democrats.

Phone for the fish knives, Norman
As cook is a little unnerved;
You kiddies have crumpled the serviettes
And I must have things daintily served.

Are the requisites all in the toilet?
The frills round the cutlets can wait
Till the girl has replenished the cruets
And switched on the logs in the grate.

It’s ever so close in the lounge dear,
But the vestibule’s comfy for tea
And Howard is riding on horseback
So do come and take some with me

Now here is a fork for your pastries
And do use the couch for your feet;
I know that I wanted to ask you-
Is trifle sufficient for sweet?

Milk and then just as it comes dear?
I’m afraid the preserve’s full of stones;
Beg pardon, I’m soiling the doileys
With afternoon tea-cakes and scones.

27a         Mob around Italy getting about, making advance (4,6)
GAIN GROUND – A generic term for a criminal mob such as the Mafia wrapped around the IVR for Italy, followed by a word meaning about or approximately.

2d           Charming home set up overlooking church (4)
NICE – The common expression for ‘at home’, reversed and followed by an abbreviation for the Church of England.

5d           Mum is upset — time to give things up? (6)
SILENT – Reverse IS (from the clue) and add the liturgical season which precedes Easter, when pleasures such as alcohol, tobacco or chocolate are traditionally given up.

7d           Chosen man in charge of modern type of technology (10)
ELECTRONIC – Put together a word for chosen, the short form of a man’s name, and the abbreviation for ‘in charge’.

11d         Groups coming together chat about Wagner’s work (10)
GATHERINGS – A word for chat or gossip wrapped around the title of a series of operas by Wagner. 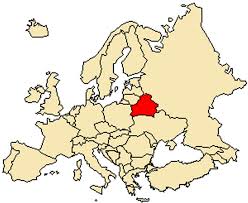 19d         Girl runs into river — start of adventure (6)
TERESA – Put the cricket abbreviation for Runs into a river in the North-East of England, then add the first letter of Adventure to get a girl’s name.