A Puzzle by Beet

A well-deserved promotion to the NTSPP slot for Beet.  Out-of-the-box thinking might help to parse one or two of the clues!

Well done to Beet on joining the Saturday crew with an oriental themed crossword.  Lots to admire in the cluing and several clues to get you thinking – perhaps a little too elliptically in places?

5 Huge opponents heading off for sumo wrestling (8)
ENORMOUS – Two bridge opponents followed by an anagram (wrestling) of OR (for with the heading off) SUMO.

9 Early bird with nothing in schedule (7)
ROOSTER – Include the letter representing nothing inside another word for a schedule or rota.

10 Facet, or how one might make it turn to face (6)
DETAIL – To get face from facet, you need remove the final letter.  A cryptic way of describing this is another word for a facet.

11 A lesson with part that’s violent (1,4,2,3,5)
A SLAP ON THE WRIST – An anagram (that’s violent) of A LESSON WITH PART with the whole clue providing a definition.

18 The sound of one laugh//Is followed by one thousand//Then universal (5)
HAIKU – The whole clue is written in this verse form with the component parts of the answer being a two letter word for a laugh, the letters representing one and a thousand and then a letter representing universal.

19 Saw Oliver Twist on street where one can suit oneself? (6,3)
SAVILE ROW – An anagram (twist) of SAW OLIVER.

22 How a beast might attract a mate, especially a polar bear perhaps? (6,9)
ANIMAL MAGNETISM – What is the north pole famous for in terms of navigation.  Fancifully, polar bears may therefore may have more of this!

25 Mighty good man headed off evil (6)
STRONG – A two letter abbreviation for saint (good man) followed by a word for evil with the first letter removed (headed off).  As we have already had heading off, another initial letter removal device would have been better here.

27 A bit of a cold fish? (7)
SASHIMI – A very Rufus type of clue where a straight definition of the answer could be read in a completely different way.

28 Insisted upon a dessert cocktail (8)
ASSERTED – An anagram (cocktail) of A DESSERT. 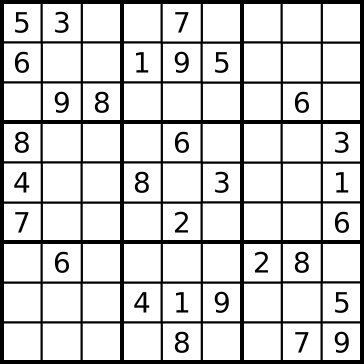 2 This bomb, this crash endlessly devastated this city (9)
HIROSHIMA – An anagram (devastated) of HI OM HI RAS (the words having their outer letters removed – endlessly.

3 Oddly, Gazza goes around greeting informally as “dumpling” (5)
GYOZA – A slang way of saying hello with the odd letters of GaZzA around it.

5 Wild stray cat I rehabilitated (7)
ERRATIC – A word meaning stray followed by an anagram (rehabilitated) of CAT I.

12 Weather in Seattle essentially wet (5)
RINSE – The answer is hidden (essentially) in WEATHER IN SEATTLE.

14 Confirm penetrating smell is bullshit (5)
HOKUM – A two letter word for a confirmation inside (penetrating) a word for a smell.

16 Karate move with weapon or implement (9)
CHOPSTICK – A type of downward hand movement in karate followed by a simple form of weapon.

17 A Nation’s capital is having terrible housing for key workers (8)
PIANISTS – The A from the clue, the first letter (capital) of Nation and the IS from the clue have a word meaning terrible around them (housing).

20 Assembled and beginning to abandon ship in the middle of a sea (7)
AMASSED – The first letter (beginning to) abandon and the abbreviation for a ship goes inside (in the middle) of the A from the clue and a well known sea in abbreviated form.

21 Struggle described at start of Leviticus and Exodus (6)
FLIGHT – Another word for a struggle goes around (described) the first letter (start of) Leviticus.

24 Less than half her parts were written by A Bennett (5)
THIRD – Write the name of the actress Thora Hird in the same style as A Bennett (who incidentally wrote roles for her.

Farmer Giles woke one morning, only to see all his cows absolutely motionless in the field.
He rushed out to find out what was the problem. Sure enough, every single cow was frozen solid. He fell to the ground in total despair, thinking of the looming disaster. He had let down everyone, his wife, his family, the bank manager, everyone.
He was considering suicide, when suddenly this little old lady walked past him and slowly started to rub the nose of the nearest cow. She then rubbed further up its head and slowly it came awake and alive. The little old lady moved from cow to cow, resulting in the same miracle.
Farmer Giles was ecstatic with disbelief. Old Bill, his oldest farmhand came along, totally unconcerned but fully understanding.
Bill, asked Farmer Giles if he did not know the old lady?
“No” says Farmer Giles.
Bill says, “Why, its Thora Hird of course”.