As usual with Giovanni, the odd obscure word and a smattering of General Knowledge, but fair cluing to enable you to get to the answer. For me, there was nothing to hold me up, so ** for difficulty.

1a           Gone With the Wind? It gets one enthralled (5,2,5)
TAKEN BY STORM – A phrase which literally describes what has happened to something blown away by a gale, but which figuratively means totally and instantly captivated or enthralled.

13a         Element of Society given blame (6)
SODIUM – A chemical element made up of an abbreviation for Society and a word for blame or hatred.
ARVE Error: need id and provider

15a         Concert is to be attended by the Queen — I give guarantee (8)
PROMISER – Put together a concert – perhaps one of a series held in the Albert Hall every summer -, then IS from the clue, and the Queen’s regnal cypher.

18a         Infatuated with best man, harbouring love (8)
BESOTTED – BEST (from the clue) and a man’s name, with the letter which looks like a love score at tennis inserted. 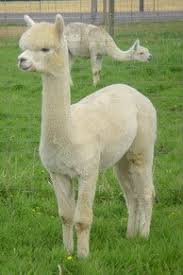 26a         Doctor, female ending in robe? (5)
DRESS – An abbreviation for doctor, and the ending formerly added to nouns describing what someone does for a living, to show that the person concerned is female.

28a         A craftsperson of excellent character (12)
CALLIGRAPHER – A cryptic definition of someone whose craft is to produce fine handwriting.

1d           Maybe watches teachers marking good homework? (7)
TICKERS – Teahcers putting marks of approval next to correct answers could be said to be these, as could mechanical watches, from the sound they make.

2d           Cereal that’s been put in sink — a shame! (5)
KASHA – Hidden in the clue, though my BRB says this is a porridge or gruel made from cereal, rather than the cereal itself. New word of the week for me.

3d           Requires grape juice for fermentation? That’s unavoidable (5,4)
NEEDS MUST – A word for ‘requires’ followed by the term for grape juice about to be fermented into wine.

7d           Foreign lady to study an old-fashioned savings scheme (8)
CONTESSA – Put together a word for study or scan (a document) and the acronym for a savings scheme which preceded the ISA.

8d           The way police district gets reported (6)
MANNER – A word for way or mode which sounds like the informal term for the area of responsibility of a police station.

14d         Rest stupidly in activity, getting left behind (8)
DESERTED – Anagram (stupidly) of REST, with an action or activity wrapped around it.

16d         Play that could have maiden alarmed, terribly, about nothing (9)
MELODRAMA – The abbreviation for a maiden over on a cricket scorecard, followed by an anagram (terribly) of ALARMED, wrapped around the letter which looks like a zero.

17d         Support exercise that gets good person into business arrangement (8)
PEDESTAL – The sort of exercise which was my least favourite lesson of the week when I was at school, followed by a business transaction with the abbreviation for a good or holy person inside it.

20d         Accountant gets old penny, it being edged with gold? Gold! (7)
AUDITOR – The letter used to denote a pre-decimal penny, plus IT (from the clue), with the chemical symbol and the heraldic term for gold placed either side.

22d         Food from yesteryear on middle of plate (5)
PASTA – A word describing yesteryear or yesterday, followed by the middle letter of plAte. 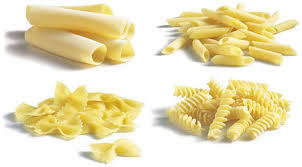 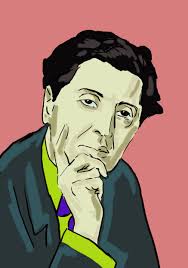