Bonjour from Camping Le Soleil at Argelès-sur-Mer on the Mediterannean coast of France on a beautiful sunny morning.

I haven’t been getting my usual fix of crosswords this week, being away from the paper, and having had less access to the internet than usual. Having said that, I found this a remarkably gentle offering from the Friday maestro. I’m told he has a significant birthday next week, so perhaps he’s saving something up for us.

9a           Counsellor taking fellows to eminence in Devon? (6)
MENTOR – Put together some fellows and one of the rocky hills seen in Devon.

10a         Representative of death in play? (8)
SALESMAN – A commercial representative, one whose death is reported in the title of a play by Arthur Miller. 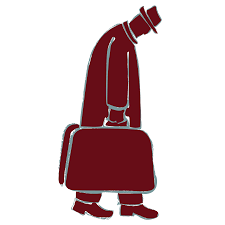 11a         Vehicle taking hundred to match, first to leave (8)
CARRIAGE – The Roman numeral for hundred followed by a match or union with its first letter removed (first to leave).

19a         Olympic event brings endless debate (6)
DISCUS – Remove the final S from a debate to get an Olympic field event. 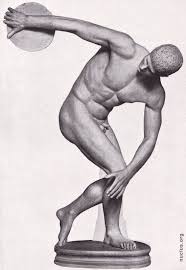 21a         Much less solitary with others being brought in (3,5)
LET ALONE – The Latin abbreviation for with or and others, placed inside a word for solitary.

25a         Bishop has amusing setback (6)
BLIGHT – The chess notation for a bishop, followed by a word for amusing, the opposite of serious or heavy.

26a         Waters flowing back — chaps collected sludge (8)
SEDIMENT – Reverse (back) a word for the flowing of sea waters, and put some chaps inside.

2d           Zero quiet periods in staged entertainments (6)
OPERAS – Put together the letter which looks like a zero, the musical symbol for quiet, and some geological periods.

3d           Disciple repentant finally, embraced by Lord (5)
PETER – A lovely all-in-one clue describing the apostle who denied Christ, then repented. The last letter of repentanT inside one of the members of the House of Lords.

4d           Avert the face from performance with a team going under (4,5)
TURN ASIDE – A stage act or performance followed by A (from the clue) and another word for a sports team.

5d           Most juicy book about powerful female — desire to get hold of it (7)
LUSHEST – The title of a novel by H Rider Haggard (or Mrs Rumpole in Rumpole of the Bailey) inside a word for desire.

6d           A long way for Davis, the jazz musician (5)
MILES – A gentle double definition, the second being the first name of the American jazz trumpeter.
ARVE Error: need id and provider

8d           Experienced diner may want food thus enhanced (8)
SEASONED – A word for experienced which is also what you get when you add salt and pepper to your dinner.

13d         Power coming to pulpit activity (9)
PREACHING – An abbreviation for Power followed by a verb meaning ‘coming to’ or ‘arriving at’.

14d         Female over coffee looking embarrassed to be buttered up (9)
FLATTERED – Put together Female, a variety of coffee drink, and the colour you go when embarrassed.

15d         Voluntary work gets a lot in after training (8)
OPTIONAL – A Latin abbreviation for a (musical) work followed by an anagram (after training) of A LOT IN.