Good morning from South Staffs. I’m not available on Friday this week, so Gazza has kindly agreed to swap, leaving me with this pretty straightforward puzzle from the Tuesday Mysteron.

1a           Taking meal when touring a flat — useful start? (9-3)
LAUNCHING-PAD – A (from the clue) inserted into a word for eating a midday meal, followed by an informal word for a flat or other accommodation. 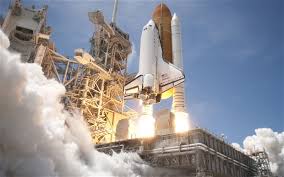 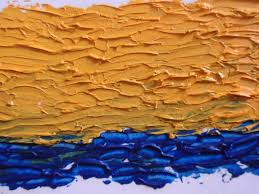 12a         Religious class on island for one having finished work (7)
RETIREE – The initials by which religion classes in school are often known, followed by an island in the Inner Hebrides which features in the reports from coastal stations in the shipping forecast.

16a         One selling in the rag trade? (9)
NEWSAGENT – Cryptic definition of someone who sells rags (like the Sun, the Daily Mirror or the Times).

21a         Criminal seizing power in America and Peru possibly? Right (7)
USURPER – Put together an abbreviation for America, an anagram (possibly) of PERU, and Right.

23a         Fuss among two notes in computer data (4-3)
READ-OUT – A word for fuss or bother placed between two notes of the sol-fa musical scale, the second being an archaic form of what is now known as doh.

24a         Leading journalist on way out in a turbulent state? (7)
EDDYING – The usual crossword journalist followed by ‘on the way out’ (of this life).

25a         Medical device in hospital curtailed alarm (7)
INHALER – Put together IN (form the clue), Hospital, and a word for alarm with its last letter removed (curtailed). 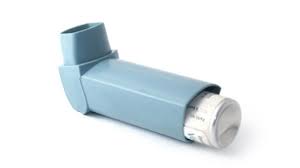 1d           Bird having a plaintive warble initially in heather (7)
LAPWING – A (from the clue) and the first letters of Plaintive Warble, placed inside a word for heather. 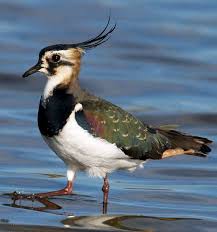 2d           Winning part of cycling race is put in the shade (7)
UPSTAGE – A word for winning or being ahead in the score, followed by a part of a cycle race like the Giro d’Italia or the Tour de France.

4d           At home leaders of company under review suffer (5)
INCUR – A word for ‘at home’ followed by the initial letters of Company Under Review.

6d           American tenor featuring in song in country (7)
AUSTRIA – An operatic song wrapped around an abbreviation for American and Tenor.

7d           I’m getting over second season on river bringing bad luck (12)
MISADVENTURE – Put together the reverse (getting over) of I’M, Second, a liturgical season which precedes Christmas, and a river in Yorkshire.

10d         They reveal specialists in invention? (3,9)
LIE DETECTORS – Cryptic definition of machines that find out people who are not telling the truth.

15d         Gloomy figure after part of weekend with university rector, in short (9)
SATURNINE – Put together an abbreviation for one of the days of the weekend, University, Rector, and a numerical figure.

22d         Jolly character’s word of acknowledgement (5)
ROGER – This is a word used to acknowledge a radio message. When preceded by Jolly it becomes a pirate flag.