As usual from Giovanni, one or two words which may widen your vocabulary, but clued in a way that makes them solvable. Reasonably straightforward as far as I was concerned.

5a           Left-winger with frivolous warning (3,5)
RED LIGHT – The colour associated with Left Wing politics, followed by an adjective meaning frivolous or not serious.

9a           Not against old lover having enough say (3,7)
FOR EXAMPLE – Put together a word for ‘not against’, the usual former lover, and another word for enough, or more than enough.

13a         Go away from fire wasting little time (4)
SHOO – Remove the Time from a verb meaning to fire a gun, and you get an instruction to go away.

15a         Eastern objects, about a hundred artistic items (8)
ETCHINGS – Eastern plus a word for objects (or a quality in yesterday’s crossword!), with the Roman numeral for a hundred inside it, giving the artistic items that hopeful suitors invited young ladies to come up and see.

18a         Most open row interrupting celebratory party (8)
FRANKEST – A row of soldiers on parade inside an abbreviated form of a word for a big celebration.

19a         Worry when vehicle has sign of no petrol? (4)
CARE – A motor vehicle followed by the letter often found on a fuel gauge at the end of the scale which indicates a lack of fuel.

21a         Skilled in poetic style (6)
VERSED – Double definition, the first describing someone with a detailed knowledge of his or her calling.

23a         What can indicate disapproval, love, anger? All in a teacher’s role (8)
TUTORAGE – Put together a voiced expression of disapproval, the letter that looks like a love score at tennis, and a word for anger.

26a         No cost ever worked out for motorists’ temporary requirements? (5,5)
COVER NOTES – Anagram (worked out) of NO COST EVER. Do these still exist?

28a         Having a band, Salvationists must have basic accommodation (6)
SASHED – The initials of the organisation which Salvationists belong to, and a building often found at the bottom of the garden.

2d           Drug supplied by naughty lad outside work (1-4)
L-DOPA – Anagram (naughty) of LAD wrapped around the abbreviation for a musical work.

3d           Stop working in short holiday away from Oxford? (5,4)
BREAK DOWN – A short holiday followed by the term used to describe an Oxford student leaving the university.

4d           Army prisoner could undermine this ultimately? (6)
STALAG – This is an all-in-one clue. The final letter of thiS is followed by the initials of the former name of the Army Reserve and one of the usual prisoners. The whole thing is one of those establishments which plucky Tommies tunnelled out of in any number of war films.

8d           Messenger is alcoholic almost, one inclined to overindulgence (9)
HARBINGER – Remove the final letter (almost) from an adjective which when applied to liquor indicates that it is alcoholic, then add someone who overindulges in food or drink.

14d         Dispose of a shire right here! (5,4)
HORSE FAIR – Another all-in-one clue. Anagram (dispose) of OF A SHIRE and R(ight), giving you somewhere you might dispose of a Shire, or a Clydesdale or a Percheron.

16d         Run up debts, showing no concern to learn? (9)
INCURIOUS – A word for ‘run up’ or bring upon oneself, followed by a familiar expression for debts or promissory notes.

17d         Principal dealt with a rebellious fighter, a source of worry (8)
HEADACHE – another word for a school principal, followed by A (from the clue) and Crosswordland’s usual Communist rebel.

20d         Supplies rushed aboard ship (6)
STORES – A word for rushed or hurried, inside the usual crossword ship. 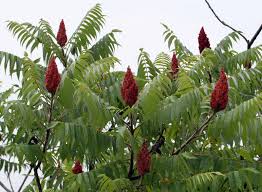