Good morning from South Staffs on a beautiful sunny morning which has given us an excellent view of today’s partial eclipse. Rather more successful in that respect than the total eclipse in 1999 where we stood on a clifftop in South Devon looking at total cloud cover – though the sight of the line of darkness rushing across the sea towards us remains in the memory.

There seem to be rather a lot of answers arrived at by putting bits and pieces together in today’s Giovanni. I found it fairly straightforward, and the less familiar terms are fairly clued, though those unfamiliar with the story of the first Christian martyr in the New Testament may struggle to parse 18a. 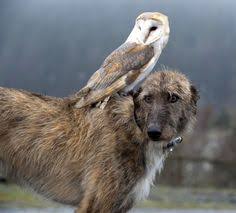 11a         Deranged king keeping the strap for punishment? (7)
LEATHER – A Shakespearean king who went mad, with THE (from the clue) inside.

12a         This person’s qualification to teach is put down (5)
IMBED – A short version of ‘this person is’ followed by a teaching degree.

13a         Men going over B&B by lake — the latest in senseless crimes (9)
ROBBERIES – Put together the reverse of the abbreviation for soldiers who are not officers, B and B from the clue, one of the Great Lakes, and the last letter of senselesS.

16a         Shop worker is idiot and is ultimately incompetent worker (9)
ASSISTANT – Put together an idiot, IS (from the clue), the last letter of incompetenT, and a worker insect.

18a         One got by Stephen? Maybe the one that killed him? (5)
STONE – ONE (from the clue) is preceded by the title given to Stephen or other holy Christians. Stephen was put to death by being pelted with rocks, so the answer may be the one which killed him.

22a         English apostle and French American soldier may wear it (7)
EPAULET – English, followed by the apostle who wrote lots of epistles, and the French word for ‘and’, giving the American spelling of a part of a military uniform.

23a         Criminal adored being punished, especially being locked up! (9)
DESPERADO – Anagram (being punished) of ADORED, with a short form of ‘especially’ inside it.

24a         One getting on in charge of architectural style (5)
IONIC – Put together the Roman numeral for one, ON (from the clue), and an abbreviation for ‘in charge’. 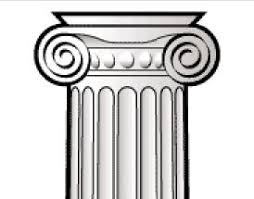 25a         Insects beginning to leap in new-style photos taken by mother (11)
DAMSELFLIES – A horse’s mother, followed by one of those photos taken on a mobile phone by a gurning idiot, with the first letter of Leap inside it.

2d           Last part of serenade we hear uttered in beastly fashion (7)
NEIGHED – A homophone (we hear) of the last syllable of serenade, giving a verb meaning ‘made a noise like a horse’. 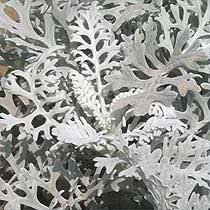 4d           Do well with fish, catching ninety (5)
EXCEL – The Roman numeral for ninety inside a fresh-water fish which travels to the Sargasso Sea to breed.

14d         Gambler in deterioration — so not this? (6,3)
BETTER OFF – Another word for a gambler followed by a word describing food that is ‘in deterioration’.

15d         Nice soil’s found loose in certain rocky areas (9)
ISOCLINES – Anagram (found loose) of NICE SOIL’S. These are rocks where the strata are folded in the same way, apparently.

17d         A bit of light paper and a piece of timber (7)
SUNBEAM – A tabloid newspaper followed by a structural timber.

18d         A wish I conjured up to have Latin introduced as living language (7)
SWAHILI – Anagram (conjured up) of A WISH I with the first letter of Latin inside it.

20d         Was model contrary having lost initial work? (5)
POSED – Did what a model does. Remove the Latin abbreviation for a musical work from a word meaning ‘contrary’.