Good morning from South Staffs on a dry but slightly overcast day.

It took me a little while to get a foothold in today’s Giovanni, and there are one or two answers which are fairly obscure, so *** difficulty for me.

1a           Published plan for parking inside school presented to us (10)
PROSPECTUS – Start with a Latin word for ‘for’, then add a school of thought with Parking inside it, and finish with US (from the clue).

6a           Biblical father in group (4)
ABBA – Double definition, the first being the Hebrew diminutive for father seen in the New Testament, the second being a 1970s pop group.


9a           Worker, one probing ingenious mechanical device (10)
CANTILEVER – Another word for ingenious wrapped around one of the usual crossword workers and the Roman numeral for one.

13a         Document dear in France includes drawings maybe (7)
CHARTER – Drawings, or paintings or sculpture, inside the French word for dear.

15a         Sadly maybe one dumped fortified wine and strong beer (6)
EXPORT – A familiar term for a former lover, followed by a fortified wine from the Douro region, giving a strong beer originally brewed to be shipped to the colonies.

16a         Group of students with each admitting a feeling of disgust (6)
NAUSEA – Put A (from the clue) inside the initials of a group representing the interests of students and add an abbreviation for ‘each’.

17a         Author, when wild with enmity, rages (6,9)
ERNEST HEMINGWAY – Anagram (wild) of WHEN ENMITY RAGES. Thanks to all those who pointed out the mistake in the original hint. 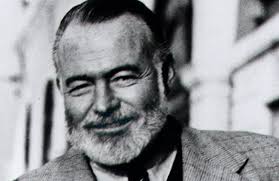 18a         Thief in small room starts to take everything regardless (6)
LOOTER – A small (indeed the smallest) room, followed by the initial letters (starts) of the last three words in the clue.

20a         Temptations? Any number are to be found aboard ship (6)
SNARES – The usual crossword ship wrapped around an algebraic term for ‘any number’ and ARE (from the clue).

21a         Piece of cloth unusually garish presented to duke (7)
DISHRAG – Duke followed by an anagram (unusually) of GARISH.

25a         What trainspotter looks for? Crazy reason! (10)
LOCOMOTIVE – An American (or Spanish) word for crazy, followed by a reason for doing something.

26a         Safe old city in Home Counties (4)
SURE – The usual ancient city inside the geographical location of the Home Counties.

1d           Speed with which fifty will leave location (4)
PACE – Remove the Roman numeral for fifty from a word for location.

2d           Squeal from duck floating on black liquid maybe (4)
OINK – The letter which looks like a duck at cricket, followed by a liquid which may be black, blue or a variety of other colours.

4d           Saloon chatterer having a break to prepare for further conversation? (5,4,6)
CLEAR ONE’S THROAT – Anagram (having a break) of SALOON CHATTERER.

8d           Disclosure from devious spy, a place with nothing hidden (10)
APOCALYPSE – Anagram of SPY A PLACE with the letter that looks like zero inside it, giving a disclosure or Biblical Revelation.

11d         Problem about ‘orrible place — I love being defiant (10)
REBELLIOUS – A problem or puzzle where pictures represent component parts of words, wrapped around an ‘orrible place (the opposite of ‘eaven), I from the clue and the letter which looks like a love score at tennis.

19d         Equipment needs our scrupulous attention (6)
RIGOUR – Another word for equipment followed by OUR (from the clue).

20d         Disciple’s bearing a cross for German people (6)
SAXONS – A (from the clue) and a cross-shaped letter inside another word for disciple’s. 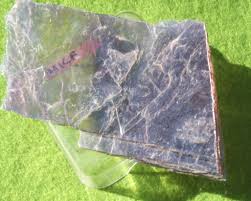 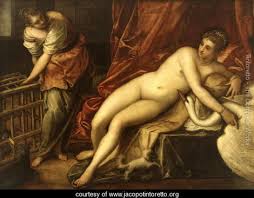