Good morning from South Staffs this Boxing Day morning – not deep and crisp and even, though we may get that later, but damp and grey..

I solved this puzzle before going to bed last night. It may have been the reaction from spending the evening wrestling with the Double Toughie, but I raced through Giovanni’s latest, finishing right on the border between * and ** time.

1a           Company with limited employee system finished business for the day? (6,4)
CLOSED SHOP – This describes a historical practice where only members of a particular trade union could be employed. It could also be what a retailer did at the end of the day.

12a         Graduates returning to university for a day of rest (7)
SABBATH – Reverse (returning) a set of letters denoting people with Arts degrees, and add a university in the West of England.

15a         Good person having complete problem with speech (7)
STUTTER – An abbreviation for a good or holy person followed by a word meaning complete or total (as in disaster).

16a         To the west Mediterranean island’s black (5)
SABLE – The heraldic term for black is also the reverse of an island where Napoleon was exiled, plus the ‘s from the clue.

22a         Merlin wanders round behind king in citadel (7)
KREMLIN – This citadel in Moscow is the chess notation for a king followed by an anagram (wanders) of MERLIN.

24a         It’s mad and stupid, imprisoning saint (6)
INSANE – An abbreviation for saint inside a word meaning stupid or vacuous.

27a         Returning home, chum entering study is invigorated again (10)
REANIMATED – Reverse the two-letter word meaning ‘at home’, add a chum, and put the result inside a verb meaning to study.

28a         Lover no longer wanted is sent to it? (4)
EXIT – An all-in-one clue. Put together the usual former lover and IT (from the clue) to get the place the lover is pointed towards.

29a         Girl’s state of anxiety — result of overeating? (10)
DISTENSION – A two-letter shortened form of a girl’s name, plus the ‘s, and a feeling of anxiety, giving the feeling resulting from too much turkey and pudding. 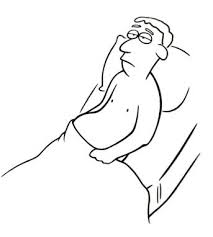 2d           Song was first number one to be included (4)
LIED – A German song is made up of a verb meaning ‘was in first place’ with the Roman numeral for one inside it. 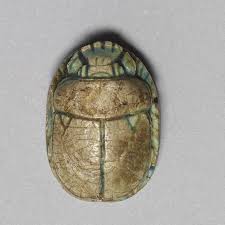 5d           Fast mover rescues maiden from women’s group (4)
HARE – The chap who lost the race with the tortoise. Remove the abbreviation for maiden on a cricket scorecard from a closed group of women.

8d           Plant place within fellow’s grand design (6,4)
MASTER PLAN – A variety of daisy and an abbreviation for place inside another word for a fellow or chap.

13d         Yellow peril? (6,4)
BANANA SKIN – Cryptic definition of something yellow which may bring about your downfall, especially in a cartoon.

14d         Show hesitation — that sometimes leads to sack! (5)
HAVER – If you go hiking you may carry this variety of a word for hesitate with a sack added.

19d         Excited always when entertained by US agent (7)
FEVERED – An abbreviation for an agent of the US government with ‘always’ inserted.

20d         Learned head of English impolite about use of computers, etc (7)
ERUDITE – Put together the first letter of English, and a word for impolite wrapped around a two-letter acronym for everything to do with computers.

25d         Fish experts — they give evidence to police (4)
DABS – Triple definition: small flatfish; an expert; or the familiar term for fingerprint evidence.