Hola from the Vega Baja where it’s raining! For some reason I didn’t really get on with this puzzle.  I don’t know why as it’s not very difficult, there are a few anagrams to get you going and a couple of nice cryptic definitions which raised a smile or two so what was wrong?  Perhaps it’s the rain or maybe it’s the fourteen sets of double unches that caused the problem.  I’ll be interested to hear your views.

Definitions are underlined in the clues and as usual the ones I like most are in blue. The answers are hidden under the “Click here” buttons.

9a           Movement dependent on blades? (7)
SKATING: This is a cryptic definition of the sort of movement on blades that Jayne Torvill and Christopher Dean get up to.

10a         Skeletal cadet a mite upset wanting one bit of tuck (9)
EMACIATED: Anagram (upset) of CADET A MITE but without a T (missing one bit of Tuck)

11a         Consider judge academic? Not half (7)
REFLECT: The judge in a football match followed by half of a University academic

13a         Pedestrian facility scarce in sloping ground (7,8)
PELICAN CROSSING: The facility that helps pedestrians cross a busy road is an anagram (ground) of SCARCE IN SLOPING. 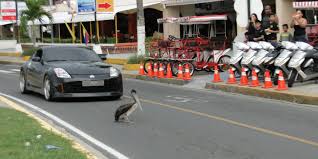 19a         Girl hosted by military bigwig in horse race (7)
CLASSIC: The horse race could be the Derby or the Oaks for example. Take a four letter word for a girl and insert (hosted by) into the abbreviation for a military commander.

25a         Feline heard to rouse bird (9)
KITTIWAKE:  A seabird is five letters, which aren’t a real word, but if pronounced would sound like (heard) an affectionate term for a cat followed by a word meaning to rouse, as in to rouse from sleep. 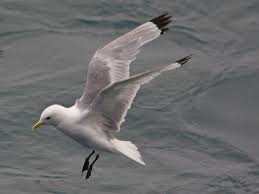 1d           Greek character mostly behind gathering (6)
MUSTER: The twelfth letter of the Greek alphabet followed by the behind of a boat without it’s last letter (mostly)

2d           Elegant nation in gulf represented (8)
GRACEFUL:  Another word for a nation or people inserted (in) into an anagram (represented) of GULF. 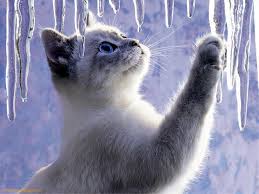 6d           Sits about around cafe, right away giving order (8)
TIDINESS: Order as in neat rather than telling people what to do.  Make an anagram (about) of SITS and place it around an American cafe without it’s final R (R(ight) away)

7d           Novelist in Texan city for speech (6)
AUSTEN:  This novelist sounds like (for speech) the state capital of Texas.  In fact it’s only one letter different.

8d           One having lead to provide vision? (5,3)
GUIDE DOG:  Cryptic definition of something on a lead which helps a blind person get about safely.  Love the ‘L’ plate

13d         Support in gym lasted when exercising (8)
PEDESTAL: One of the usual two letter abbreviations of gym or exercise followed by an anagram (when exercising) of LASTED.

14d         Clubs agent’s taken over lake bistro (8)
CREPERIE: A sort of bistro that specialises in pancakes is a charade of C(lubs), an agent or salesman and one of the Great Lakes.

15d         Numbers, say, after revolutionary school computer (8)
NOTEBOOK:  This is the sort of small computer on which I am writing this blog.  It’s what Numbers is an example of (say) in the Bible placed after a reversal (revolutionary) of crosswordland’s favourite school.

16d         It’s impossible to get out in this state? (8)
INSOMNIA:  If you suffer from this you’ll find it difficult to get out, as in fall asleep.  I spent quite some time trying to fit a US state into this, d’oh!

18d         Spirit given sudden shake is good for digestion (6)
PEPTIC:  A word meaning relating to or promoting digestion is a word for spirit or energy followed by a sudden shake or twitch.

19d         My group in stiff attire (6)
CORSET:  My first thought was that this was going to be something that dead bodies get dressed in but no, it’s literally a piece of stiff clothing.  It’s an exclamation like MY or WOW (3) followed by a group (3).  Some opportunities are just too good to miss!

20d         Old boys from a liberal college defending spymaster (6)
ALUMNI:  To get these old boys you need A (from the clue), L(iberal) and an abbreviation of a university (college) all placed around James Bond’s boss (defending spymaster).

There are some nice clues here but my favourite was 8d.