Good morning from South Staffs on a mild morning with the sun breaking through th early mist.

A fairly typical Friday puzzle from Giovanni this morning. Understanding the wordplay in 22d, my last one in, almost pushed me into *** time, hence the borderline marking.

5a           New protection for the thing brought back, withdrawn (8)
RETICENT – A word describing something new, or which happened not long ago, wrapped around the reversal (brought back) of a pronoun meaning ‘the thing’.

11a         It sounds like public vehicle will hurry along (6)
BUSTLE – This is a homophone (sounds like) of a variety of public transport followed by the contracted form of ‘will’, as in ‘I’ll be back’.

12a         Furious ambassador confronts an old rocker (6)
HEATED – The initials of the title given to ambassadors followed by A (indicated by AN in the clue) and a 1950s rocker.

14a         Yells about backward-looking union — they deny opportunities for some of the players (8)
SHUTOUTS – Reverse the initials of Trade Union and put the result inside a word for ‘yells’, giving a word for games where one side fails to score.

16a         Street entertainer, a big fellow (8)
STRAPPER – The abbreviation for street, followed by an ‘entertainer’ who delivers what the BRB calls ‘a rhythmic monologue over a musical background’.

19a         Maiden is overwhelmed by river, resulting in this? (6)
DEMISE The cricket scorecard abbreviation for Maiden, and IS (from the clue), placed inside a Scottish or Welsh river, giving us the result of that happening.

21a         One American state or another lacking a river (6)
KANSAS – Remove A (from the clue) and River from the beginning of the name of an American state. 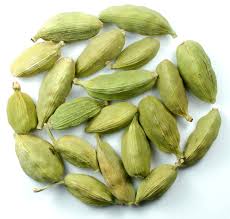 26a         Feeling ecstatic, one assigned to part of hospital (8)
SENTIENT – A rather 1960s word for ecstatic, or in an altered state, followed by the Roman numeral for one, and the initials of a hospital department often seen in crosswords.

2d           Bring back shop, needing engineers first (7)
RESTORE – The initials of a regiment of engineers followed by a shop.

3d           Does trade reportedly in these small rooms (5)
CELLS – Small rooms for prisoners or monks, which sound like (reportedly) what a trader does.

4d           Animated little man’s given external support during ride (7,2)
STIRRED UP – A short form of a man’s name inside what supports your foot when you’re riding a horse.

5d           Rule with rod of iron concerning journalists (7)
REPRESS – The Latin term for about or concerning, followed by the generic word for journalists.

7d           Girl in cold and desolate area to north where kids are kept in (9)
CLASSROOM – Another word for ‘girl’ placed between Cold and the reversal (to the north, in a Down clue) of a word for a wild and desolate area, giving the place where children are confined during school hours.

8d           Phone school up — not a lengthy communication (7)
NOTELET – Start with an abbreviation for telephone followed by the usual public school, then reverse the lot (up).

Slartibartfast: Come. Come now or you will be late.
Arthur: Late? What for?
Slartibartfast: What is your name, human?
Arthur: Dent. Arthur Dent.
Slartibartfast: Late as in the late Dentarthurdent. It’s a sort of threat, you see. I’ve never been terribly good at them myself but I’m told they can be terribly effective.
(The Hitchhiker’s Guide to the Galaxy) 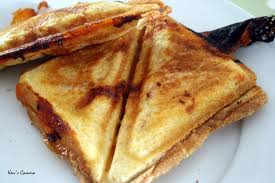 18d         One church among others with most in the collection plate? (7)
RICHEST – The Roma numeral for one and an abbreviation for church, inside a word for ‘the others’.

20d         Boys collecting pence, needing men who may give financial support? (7)
SPONSOR – Pence inside another word for boys, followed by the military abbreviation for men who are not officers.

22d         Fur OK for use but not correct for top people (5)
SABLE – Start with a word meaning ‘OK for use’, then remove the letter which is used to denote correct upper-class behaviour in a work by Nancy Mitford.