Hola from the Vega Baja on a beautiful autumn morning with not a cloud in the sky but there is a slight nip in the air. I’m pretty sure this is a RayT production as Her Majesty is in attendance and all but one of the clues are eight words or less.  Not very much in the way of innuendo and perhaps a few more anagrams than RayT usually includes, which I know will please many of you. There are also three hidden word clues, two of them reversed, so I reckon a certain lady blogger might be pleased to be giving this one a miss.

I found it very enjoyable and not too taxing so I’ll be interested to see your comments.

Answers are hidden under the click here buttons and definitions are underlined in the clues. The ones I like most are in blue.

1a           River Test providing business (10)
INDUSTRIAL: A charade of a Pakistani river and a test to give a type of business.  Not sure about this one. The definition is a noun but the answer is an adjective.  What’s your take on it?

10a         Queen maybe finished with energy in evidence (9)
SOVEREIGN: What the Queen is an example of (maybe) is a word for finished and E(nergy) inserted into (in) a word for some evidence of something such as a scent or spoor. 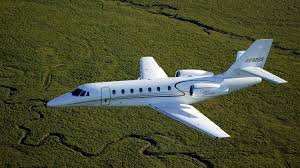 12a         Some stars will take a time to give speech (7)
ORATION: Take the constellation (some stars) also known as The Hunter and insert (will take) A (from the clue) and T(ime).

15a         Tighten up, possibly using a spanner (7)
ABRIDGE: Tighten up as in edit or shorten. It’s A (from the clue) followed by the sort of spanner which spans a river. 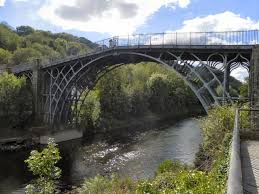 17a         Nero perhaps, through in overturned capital (7)
EMPEROR: A word meaning through or by inserted into a reversal (overturned) of Nero’s capital city gives what Nero was an example of (perhaps) – no, not pyromaniac but his rank is what’s needed!

19a         Run from former wife appealing about sweetheart (7)
EXECUTE: Run as in operate or perform.  Start with the usual former wife followed by a word meaning appealing or pretty and insert (about) an E (swEet heart).

21a         Degrade Mass in Church with end of Latin (7)
CHEAPEN: Abbreviation for the Church of England followed by N (end of latiN) with a mass or large pile inserted.

22a         The endless drink produces monotonous drone (5)
THRUM: TH (THe endless) followed by a drink beloved of sailors.

24a         Supposing love precedes heartache (7)
OPINING: O (love in tennis) followed by some heartache or yearning.

27a         Realise English includes Shakespeare material (9)
GABARDINE: Start with a word for realise, as in earn or obtain. Insert the word for a poet which is often used as a name for Shakespeare and follow with E(nglish) and you’ll get a material which gives its name to a type of child’s raincoat. I had one of those raincoats when I was a kid.

1d           Picture from Japanese camera cut off at top (4)
IKON: Take the first letter off (cut off at top) a famous Japanese brand of camera.  Never come across this spelling before but it was pretty clear.

4d           Stay for act including clairvoyance (7)
RESPITE: Take a formal act or procedure prescribed in a religious ceremony and insert the letters for clairvoyance or sixth sense.

5d           Go forward with victory in a foxtrot? (7)
ADVANCE: Insertion (in) of V(ictory) into A (from the clue) and what the foxtrot is an example of, indicated by the question mark. Nothing to do with phonetic alphabets this time. 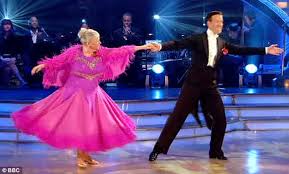 7d           Starts to rapidly attack in daring swoop (5)
RAIDS: First letters (starts to) of the other words in the clue.  The whole clue is the definition.

11d         Trainee’s pal erratically holding up sink (7)
RELAPSE: The answer is hidden (holding) in TRAINEES PAL ERRATICALLY but it’s reversed (up in a down clue).

16d         Musician, last in band and more eccentric (7)
DRUMMER:  D (last in  banD) followed by a word meaning more eccentric or stranger gives a musician like Ginger Baker.  Sad to hear of the death of Jack Bruce last Saturday.

18d         Disgusting gent ran up flashing (9)
REPUGNANT: Anagram (flashing) of GENT RAN UP.  Personally I’m not sure about flashing as an anagram indicator but FLASH is so marked in Chambers Crossword Dictionary.

20d         Single cut up about sexy images (7)
EROTICA: Start with I (single) and a word for cut or rent (past tense) and reverse it all (up in a down clue) and then add an abbreviation for about or approximately. We’ve already had this reversal indicator just four clues ago.

21d         Sculpts Greek character as sexless, oddly (7)
CHISELS: The 22nd letter of the Greek alphabet followed by the alternate letters (oddly) from aS sExLeSs.

23d         Flier casually knocking off, we hear (5)
ROBIN: This bird (flier) sounds like (we hear) a casual or common way of saying a word meaning knocking off as in stealing. 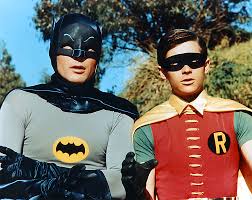 25d         Writer turns in one’s biro (5)
IBSEN: This Norwegian playwright and poet is another backwards hidden word (turns in) in ONES BIRO.

Quite a lot of good stuff here but my favourite is 26d with 15a and 7d on the podium. What do you think?