Good morning from South Staffs where the sun is just coming up as I write this.

Giovanni has given us his trademark religious and classical references, unusual words and the odd Shakespearean reference this morning.

6a           Medicine from doctor that gets you recovering finally (4)
DRUG – One of the abbreviations for doctor followed by the textspeak for ‘you’ and the last letter of recoverinG.

9a           Little sirs appearing evenings Monday to Friday (10)
WEEKNIGHTS – A three-letter word for little followed by the sort of people entitled to be called ‘Sir’.

13a         Doomed rich man embraces trendy theologians (7)
DIVINES – A two-letter word for trendy inside the name given to the rich man who appears with the beggar, Lazarus, in the parable told by Jesus in Luke, chapter 16,.

16a         Dull little boy’s nurse (6)
MATRON – The opposite of glossy followed by a shortened form of a boy’s name, giving a senior nurse, as portrayed by Hattie Jacques in the Carry On films.
ARVE Error: need id and provider

17a         Time of nourishment I’d arranged (6,9)
FOURTH DIMENSION – Anagram (arranged) of OF NOURISHMENT I’D, giving a generic description of time.

18a         Frank performed after John (6)
CANDID – John here is the smallest room, so we want another informal term for that, followed by a verb meaning performed.

21a         Fearless Tory without gold going after money (7)
DOUGHTY – Remove the OR (gold) from T(or)Y and put the result after a slang word for money.

22a         Facing notice say a mild oath (4)
EGAD – The Latin abbreviation for say or ‘for example’, followed by a commercial notice.

25a         Lacking a burden, travelling light for picnic? (10)
UNHAMPERED – If your picnic is not in a big basket, you could describe yourself as this.

26a         Big plant in thoroughfare pruned at edges (4)
TREE – Remove the first and last letters from a word for a thoroughfare.

27a         Affluent Italian duke meets American (10)
PROSPEROUS – The exiled Duke of Milan in Shakespeare’s The Tempest followed by an abbreviation for American.

3d           Artist starts to receive eulogies — number one, right? (6)
RENOIR – Put together the initial letters of Receive Eulogies, an abbreviation for number, the Roman numeral for one, and Right. 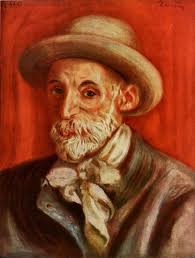 4d           Solution to a problem with troublesome little characters? (10,5)
MAGNIFYING GLASS – Cryptic definition of something you might use to read small print.

5d           Two articles on musician’s original piece for church choir (6)
ANTHEM – One indefinite and one definite article, followed by the first letter of Musician.
ARVE Error: need id and provider

8d           Items of food supplied by sporting venue not at all sensible (10)
GROUNDNUTS – Another word for a sports arena, followed by an informal word for not sensible or insane. 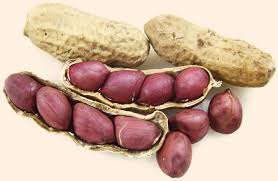 14d         Like a fox, inwardly isn’t very good (7)
SAINTLY – The adjective often used to describe the character of a fox, wrapped around an informal form of ‘isn’t’.

24d         Teams heading off for a day in Rome (4)
IDES – The thirteenth or fifteenth day of the month in the Roman calendar: remove the first letter from a word for teams.