Good morning from South Staffs on a cloudy but dry morning.

One of those grids which produces four mini puzzles. 12a held me up long enough to make this *** for difficulty.

1a           Spread support to get a number attending sports event (9)
PROPAGATE       A support is followed by A (from the clue) and a word for the number of paying customers at a sports event.

12a         Steven has one such partner — it’s Eve! (4,5)
KEPT WOMAN   This is an outdated term for an unmarried female partner. If the woman’s name is Eve, then StEVEn may be seen to have done the answer. Very clever, but not very clear.

27a         That man unfortunately harbouring a yen for the mountains (9)
HIMALAYAS        A pronoun meaning ‘that man followed by a word for unfortunately with A (from the clue) and the abbreviation for the Japanese currency inside it. 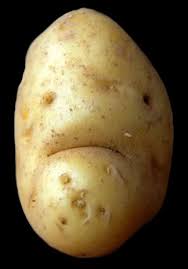 7d           Pink vehicle followed by set of people (9)
CARNATION       A motor vehicle and a set of people or a state, giving the alternative name for the flower known as a pink. 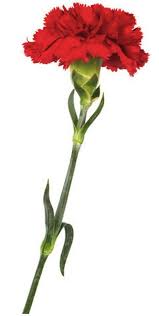 14d         Regulation for piece of playground equipment? Engineers no longer find it useful (5,4)
SLIDE RULE          This could be a regulation applying to a helter-skelter, but is actually what engineers used before they had electronic calculators.

16d         Explorer of underground space needs common sense, it being huge and dark (9)
CAVERNOUS      A simpler word for speleologist followed by some common sense. 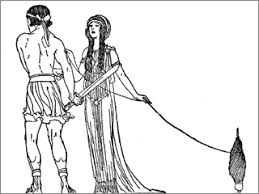 24d         English composer is soaring above (6)
TALLIS   A word for soaring or high followed by (above, in a Down clue) IS (from the clue).
ARVE Error: need id and provider

The Quick Crossword pun FOREIGN + AWEIGH = FAR AND AWAY