Hola from the Vega Baja and Oxford.  The weather in Spain is still blistering hot (38C yesterday) but poor Oxford grey and drizzle with a bit of an Auntmnal feel this morning.

Yesterday it was scchua’s swansong and today it’s ours.  The alleycat has decided that, as she’s really a reincarnation of the Great Queen Cleopatra, it is beneath her dignity to be seen consorting with a mere cockroach, even one with the soul of a free-verse poet. She’s now going off to search out a suitable aristocat and has graciously appointed Kath to pick up the pieces on a Thursday. For my part, I think I must have been watching too many old episodes of Star Trek as it’s inspired me to go on a search for a speech operated computer so I don’t have to keep bashing my head on the keyboard. In future you’ll just have to put up with pommers sharing the Thursday slot with Kath and Falcon. We’ve both enjoyed doing the blog together but now it’s time to move on, but . . . We’ll be back!

Anyway, on to the crossword.  We both thought this was a tricky little rascal for us to finish on and with some rather dodgy definitions and wordplay so we’ve gone for **** difficulty and only ** enjoyment. It will be interesting to see your comments as when I say it’s hard everyone else usually says it’s easy-peasy and vice versa.  Must be a wavelength thing.

As usual the ones we liked are in blue and if you want to see an answer just click on the ‘click here’ button by the clue.  Please leave a comment telling us what you thought. You can also add your assessment by selecting from one to five stars at the bottom of the post.

9a           This makes it hard to contemplate studies before school (3,6)
EYE STRAIN: – A word for studies, as in looks at, followed by a word for to school or coach.  I always thought this was all one word but apparantly it can be two as well.

11a         Report looked at leading tabloid (3-3)
RED TOP: – A colloquial term for a tabloid newspaper. The first word sounds like (report) a word meaning looked at or studied (not the one in 9a) and the second is a word for leading.

12a         Internet publication covering working in business (8)
ECONOMIC: – Take a word which could describe an electronic publication for children (1-5) and insert (covering) a word meaning working, as in not switched off.

13a         Overheard order for brawn or shellfish (6)
MUSSEL: – This shellfish sounds like (overheard) a bit of brawn.  Not sure what the word ORDER brings to this clue.

15a         Sun’s agony aunt regularly involved in tasteless articles still? (8)
STAGNANT: – Start with S(un) and a word for tasteless or rubbishy things and insert (involved in) the alternate letters (regularly) of aGoNy AuNt.

18a         Adult pivoted turning parental (8)
ADOPTIVE: – A(dult) followed by an anagram (turning) of PIVOTED.  Does this really mean parental?

21a         The French embracing Britain with detachment that’s unenthusiastic (8)
LUKEWARM: – This is one for the pedant’s corner!  Take the French masculine definite article and insert (embracing) an abbreviation not of Britain but the country of which Britain is a part and follow with W(ith) and a word for a detachment or wing.  Thanks to Dutch for this one! 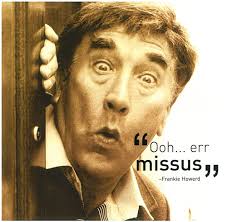 27a         Introduce a virus and popular old copper’s dead (9)
INOCULATE: – A charade of the usual word for popular (2), O(ld), the chemical symbol for copper and a word used to describe someone who’s dead

28a         Wayward centres going unheaded stop West Ham for one becoming blasé (12)
UNINTERESTED: – Take an anagram (wayward) of CENTRES, but without the C (going unheaded), and insert into (stop) the last part of the full name of the West Ham football club.  The clue could have said Leeds, Newcastle or even Scunthorpe and have worked just as well.

1d           There’s love in monsieur’s proposition (7)
THEOREM: – ‘There’ from the clue but this time without the ’S, containing (in) the letter that looks like zero or a love score in a game of tennis and followed by M(onsieur).

3d           Forthcoming bonus docked on account of time (9)
EXTROVERT: – Start with a word meaning bonus or something more than expected without its final letter (docked) follow that with another word for on account of or the reason for and T(ime).

4d           News about motoring organisation that barely gets raised (4)
NAAN: – Barely gets raised as in an unleavened bread.  This isn’t ‘News’ in the sense of what’s going on in the world. It’s the one letter recognised abbreviation for ‘new’ but because it’s plural in the clue there are two of them – they contain (about) a well known organisation that sends people to help unfortunates whose cars have conked out – a regular occurrence in our family! 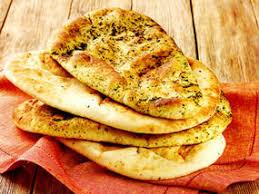 5d           Revival of unknown movement with a clear determination (8)
TENACITY: – Begin with one of the letters used to denote an unknown quantity in maths, a three letter word for a movement or sudden involuntary twitch, the A from the clue and another word meaning clear in the sense of profit – when you’ve got that lot all together you then need to tip it upside down (revival?). Mehitabel wasn’t clever enough to sort that out for herself so thanks to archy!

6d           Encourage good vitality in European banks (3,2)
EGG ON: – The one letter abbreviation for good and a short word meaning vitality or oomph, are contained in (in) the first and last letters (banks) of E(uropea)N.

7d           Wretch thrown in heap on the grass (8)
WORMCAST: – A wretch or despicable person is followed by a word meaning thrown or flung aside. You don’t really want these on your lawn but they’re not as bad as molehills! 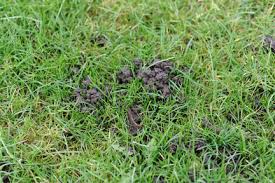 8d           Extract drug (legal) (6)
ELICIT: –  The one letter informal abbreviation for an illegal drug comes before a word meaning legal or lawful.

14d         Store winnings in container in the kitchen (8)
STOCKPOT: – A store or cache is followed by a three letter word meaning winnings or the money won in gambling.

16d         Thanks from gangster initially discourteous about misbehaving (9)
GRATITUDE: – Start with the first letter (initially) of G(angster) and then a word meaning discourteous or impolite containing (about) two two letter words meaning misbehaving or up to no good either criminally or sexually.

17d         Swear military order barked out in hatred (8)
AVERSION: – A word meaning swear or declare to be true is followed by a homophone (barked out) of the last syllable of a military order to get ready to execute a command. 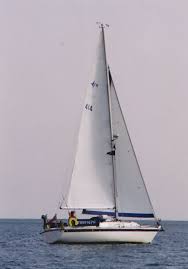 20d         Broadcast condensed, not on in fall (7)
DESCEND: – An anagram (broadcast) of CONDENSED minus the second and third letters (not ON)

22d         Expand Women’s Institute’s meeting-place (5)
WIDEN: – The two letter abbreviation for W(omen’s) I(institute) is followed by a room used as a place to meet or work.

24d         Bar is quiet at the back (5)
SHAFT: – Two letters that someone may say if they want a person to stop chattering, or how a mother might calm a crying baby, are followed by a nautical term meaning behind or at the back.

A bit short on photo opportunities today.  For once we agree on a favourite which was 23a -what was yours?