Greetings from Ottawa where summer has burst upon us — with a cloudburst. The weatherman tells us that as a reward for enduring an abnormally long, cold winter we are in store for a hotter than usual summer. I say “Bring it on!”

The rotation would suggest that it should be RayT pitching today (pardon the baseball metaphor) and the Queen does make an appearance — albeit an abbreviated one. However, the puzzle lacks that certain je ne sais quoi that characterises a RayT creation.

Solving this puzzle was like building a Lego structure — lots of fiddling with small pieces. I also noted that a lot of tails were lost today. The right hand side fell into place quite readily. However, I found the left hand side to be a bit trickier — pushing the difficulty level up a notch.

1a   Help because one is after second position (10)
{ ASSISTANCE } — start with a synonym for because (2); follow this with the Roman numeral for one placed after S(econd); finally, complete the solution by appending a word that can mean either a manner of standing or a point of view

6a For example, very big personalities (4)
{ EGOS } — the shortened form of exempli gratia followed by a label found on garments of larger than standard size

9a Queen record, i.e. retro remix, for collection (10)
{ REPERTOIRE } — start with the shorter of the usual abbreviations for Queen; then add a record with only a few tracks; finally attach an anagram (remix) of IE RETRO

10a A marine force’s weaponry (4)
{ ARMS } — a charade of A (from the clue), the initials standing for one of the British armed services, and don’t forget the S

13a Native American carried round single spirit (9)
{ ABORIGINE } — start with A(merican); to this add a synonym for carried which has been wrapped round the Roman number for one and an alcoholic beverage

15a Setting where volume can be turned up? (8)
{ BOOKSHOP } — this was a “Three Bears” clue; BOOKSHELF was too long; LIBRARY was too short; but Goldilocks finally found a word which was just right 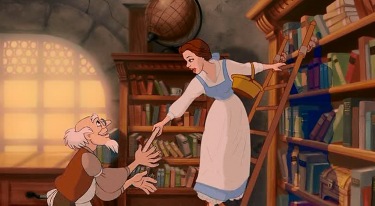 18a Toilet commonly found in shed, we hear (6)
{ THRONE } — an informal (common) word for toilet sounds like (we hear) shed or cast (as in “due to the inquiry, more light was shed on the problem”)

20a Criminal clears off losing tail outside (8)
{ ALFRESCO } — an anagram (criminal) of CLEARS OFF with the final letter removed (losing tail); did anyone try to implicate the usual gangland suspect?

24a Glimpse end of eternity by sixth sense (4)
{ ESPY } — start with a TLA (three letter acronym) meaning sixth sense; then place the final letter of eternitY beside (by) it

27a Team with spare over taking runs, boundaries (10)
{ PARAMETERS } — an anagram (over) of TEAM and (with) SPARE swallowing (taking; like a dose of medicine) R(uns)

28a Small boat leading to island (4)
{ SARK } — S(mall) plus a big boat gets us to one of the Channel Islands; a resident of the Channel Islands has brought to my attention that the original image was not of Sark, but of Brecqhou, a small island off the coast of Sark and seen in the bottom right-hand corner of this picture 29a Catching fine cut is fantastic taking over (10)
{ INFECTIOUS } — another anagram that needs the injection of an extra letter; an anagram (fantastic) of FINE CUT IS into which we must insert O(ver); did anyone try to justify CONTAGIOUS?

2d Singer‘s singular work performed with love (7)
{ SOPRANO } — a charade of S(ingular), a shortened version of the usual musical work, a word meaning performed or functioned, and a very poor tennis score

8d Endless row raised about American prison’s hanging (10)
{ SUSPENSION } — start with a word meaning din or row and remove its last letter (endless); then reverse it (raised, it being a down clue); now insert into this a word sum of a short equivalent for American plus a short North American term for a prison plus the S

14d Ultimate in care among poorly tots and cribs? (10)
{ OBSTETRICS } — another injection needed; insert the final letter of carE into an anagram (poorly) of TOTS and CRIBS; this is an all-in-one clue with the entire clue serving as both the definition and the wordplay

17d Cut a pork pie consumed around North (8)
{ ALIENATE } — the definition is cut in the sense of snub; the solution is a charade of A (from the clue), a Cockney’s pork pie, and a verb meaning consumed into which N(orth) is injected

19d Rodent exterminator catching large snake (7)
{ RATTLER } — start with a dog that catches and kills large rodents that are notorious pests and transmitters of disease; then inject him with L(arge) 22d A jester somersaulting over popular knight (6)
{ GAWAIN } — flip over (somersaulting) A (from the clue) and a joker or wit; then place this on top of (over) the usual suspect for popular or trendy

25d Idiot frames thousand questions (4)
{ ASKS } — bringing up the rear is one final — and superbly appropriate — injection site (at least in North America); give a shot of K (thousand) to this idiot

My favourite clue today is 15a (I like cryptic definitions) with honourable mention going to 3d.