A nice and easy puzzle from Jay, a slightly slow start but a quick finish. Thanks Jay. ** difficulty/*** enjoyment for me. 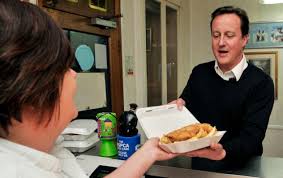 Defn: … if he/she were pressed for time to provide a starter and resorted to, say, baked beans – I know, not exactly popular fare. A nice WIWD (wordplay intertwined with definition) clue.

Everybody needs one of these in the kitchen:

{SNEER} : [abbrev. for “name”] contained in(adopted by) [a prophet;a looker into the future].

{SWEEPERS} : [abbrev. for “small”] [people who cry, especially if they are losers, as the saying goes].

13a    Hold Basque separatists during ruckus (6)

15a    Four absorbed by frantic search for record collections (8)

18a    Daughter cooking strange fish caught by these (8)

Defn: The “these” in the defn.

And these caught criminals, not fish: 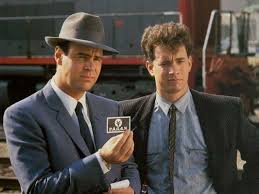 {FABRIC} : [abbrev. for the organisation to which footballers belong to] + [abbrev. for “book”] + [lush;abundant with] minus its last letter(most of …).

And some of them you can see through: 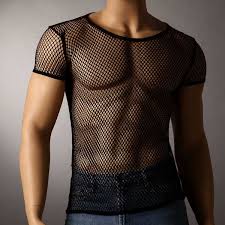 21a    Laid-back approach to date with personal defeat (8)

{CORAL} : [chemical symbol for the element carbon] + [a non-written test;examination].

{DECORATOR} : Cryptic defn:  Could be cryptically defined as one who hands out medals, or badges, as emblems of honour.

{LIFE SENTENCE} : Cryptic defn: What a biography is about + what its text is made up of. And if the convict were spending this in prison, it would be part of his/her biography. Another WIWD clue

{FETCHED} : [abbrev. for a church] contained in(during) [a fair, especially one in the open, and especially associated with a church organisation] placed above(on, in a down clue) [abbrev. for “day”].

Defn: … for detecting and locating objects underwater using sound waves. I guess it is possible to carry it on a raft.

3d    When one caught by individual is slander (9)

4d    Depression created by study on origin of Twitter (4)

{DENT} : [a study;a room for quiet activity] placed above(on, in a down clue) the 1st letter of(origin of) “Twitter “.

{HARDWARE} : [tough;difficult] [a battle, actually a series of battles] plus(with) [prefix indicating things electronic] … But then you had the floppy disc?

{RECEIVER} : Double defn: 1st: The instrument to take a, say, phone, call with; and 2nd: The criminal dealing in stolen items.

{CRISES} : [abbrev. for “cold”] placed above(precedes, in a down clue) [increases;goes up].

Defn:  Usually, but not all the time: 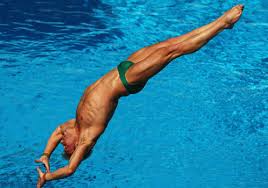 … in which case the genitals need to be protected.

Defn: To cover;stretch over from side to side.

And that’s some stretch: 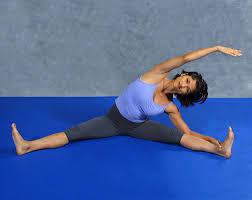 18d    Reason given from French and Italian leader (6)

{DEDUCE} : [French for “from”] plus(and) [in general, an Italian leader and, in particular, title for the one during WW2].

{COTERIE} : Reversal of(… set up) [at one time, the name for what is now the Republic of Ireland] placed below(after, in a down clue) [a small bed, especially for babies].

{BALTI} : [the sea between Central and Northern Europe] minus its last letter(cut off at the south, in a down clue).

Answer: A person of Tibetan descent inhabiting a region straddling Pakistan and Kashmir. The name is given to an Indian curry dish.

{OFTEN} : [preposition for being possessed;owned by] [English for the Roman numeral ‘X’].