Good morning from the Camping Club site at Chipping Norton, where we’re spending a few days in the Cotswolds.

Today’s Giovanni came in just within ** time for me, with 19d the last one in.

7a           Company member tells stories and toes the line (8)
{ COMPLIES } Put together an abbreviation for company, a member of the House of Commons, and a verb for telling stories which are untrue.

10a         Firm  seeking excitement? (4)
{ FAST } Double definition: firm or solid; and a rather dated description of those women who, with slow horses, were the ruin of many young men of means.

11a         Chat, spiel designed to enthral customers ultimately (5,5)
{ SALES PITCH } An all-in-one clue which contains an anagram (designed) of CHAT SPIEL with the last letter of customers inserted.

12a         Sensible, with heart of emotion concealed? (6)
{ STOLID } A sort of all-in-one. The middle letter of emoTion hidden inside a word for sensible, giving a word for unemotional. I’m not over enamoured of this clue. Thanks to BD for helping out with the parsing.

14a         Adult participating in a pretty silly sort of celebration (3,5)
{ TEA PARTY } An anagram (silly) of A PRETTY with Adult inside it, giving a celebration often linked with vicars or chimpanzees.

15a         Insect almost caught by ape in upper area of trees (6)
{ CANOPY } Remove the final letter from a worker insect, and put the result inside a verb meaning to ape or imitate.

17a         Row in lake between two similar points (6)
{ SERIES } One of the Great Lakes in between two identical compass points.

20a         Tender having lost tail, animal hides out of sight (3-5)
{ OFF-STAGE } Remove the final R from a verb meaning tender, and put a large Highland animal inside it, to get someone who is out of sight in the theatre. 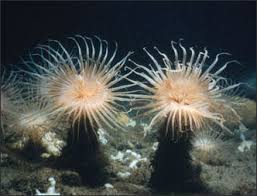 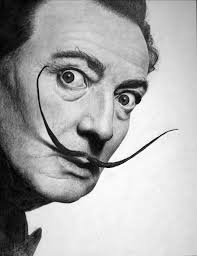 25a         Stick of explosive embedded in central part (6)
{ COHERE } The defini9tion is a verb. An abbreviation for high explosive is placed inside the central part of an apple.

26a         Waters flowing back trapping chaps in grounds (8)
{ SEDIMENT } Reverse a word describing the ebb and flow of the sea, and put another word for chaps inside it.

1d           Wild rubbish about bloke in charge (8)
{ ROMANTIC } A bloke inside a word for rubbish, followed by the abbreviation for ‘in charge’, giving something which is wild compared with the order of the Classical.

4d           International competition that could give a jolly group dreadful scare (4,4)
{ ARMS RACE } A (from the clue) followed by the abbreviation for the regiment whose members are known as jollies and an anagram (dreadful) of SCARE.

5d           Somewhere like London is spot ultimately for businessperson? (10)
{ CAPITALIST } A city like London, Paris or Berlin, followed by IS (from the clue) and the last letter of spoT. 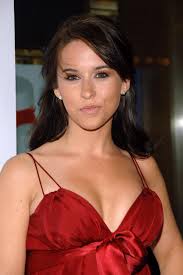 18d         Bird in grass passing surreptitiously (8)
{ STEALING } An aquatic bird inside another slang word for grass or squeal.

19d         Watery grave from which one must escape (6)
{ SEROUS } Remove the I (one must escape) from a word meaning grave or solemn, to get an adjective describing a watery body fluid (in which 16d can be found, I think).