Good morning from South Staffs on a grey drizzly morning, with a possibility of snow later if last night’s forecast is right.

A pangram from Giovanni this week, which I found testing but not as difficult as yesterday’s, though if I added in the time it took to parse 18d it would probably have gone into **** territory.

In the hints below, the definitions are underlined. References to ‘the usual’ are to expressions which appear on the Usual Suspects page.

9a           Sickly stuff from Maureen and the girls (8)
{ MOLASSES } A diminutive form of Maureen followed by a general term for the girls. 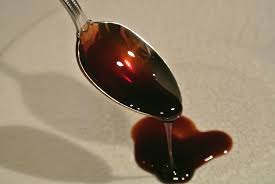 12a         Something rudimentary established by a new European (6)
{ GERMAN } A very simple form of life, or the beginning of an idea, followed by A (from the clue) and New.

21a         Officer on board who may be using a rope? (7)
{ SKIPPER } The senior officer on a ship may also be someone exercising by jumping repeatedly over a rope.

25a         After short time is making a protest at the back? (8)
{ TRAILING } T (short time) followed by a word describing someone protesting at something.

26a         Loud old pop group associated with US city crime (6)
{ FELONY } Put together the musical symbol for ‘loud’, the band led by Jeff Lynne, and the initials of an American city.

28a         Maybe a feller who keeps a diary? (6)
{ LOGGER } Cryptic definition of someone who fells trees, or someone who maintains the record of events on a ship.

3d           Statesman’s terrible racism revealed within covers of book (8)
{ BISMARCK } Anagram (terrible) of RACISM inside the first and last letters (covers) of BooK. 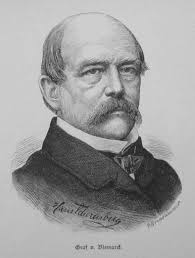 6d           Wait as one bound by fate having hesitation (6)
{ LOITER } The Roman numeral for one inside a word for fate or destiny, followed by a verbal hesitation.

7d           First sign of winter and crossbred animals will make beastly noises (8)
{ WHINNIES } The first letter of Winter and the offspring of a stallion and a female ass.

8d           Record tigers being let loose on railway (8)
{ REGISTRY } Anagram (let loose) of TIGERS followed by an abbreviation for railway.

11d         Shameful bishop out of bed? In bed! (7)
{ CORRUPT } Put the abbreviation of a bishop’s title and a word for out of bed inside another word for bed. I’m not convinced that this word actually means ‘shameful’, and it’s not in my copy of Chambers nor in the OED.

17d         Materials he removed from the discarded hats? (8)
{ TEXTILES } Remove HE from THE, then add a word for former or discarded and a slang word for hats.

18d         The first big character is one standing on two legs! (8)
{ TRIANGLE } The first letter of the alphabet, in its capital form (big character) is made up of one of these plus the two legs at the bottom. This one took me a long time to parse, though the answer was fairly obvious from the checking letters. 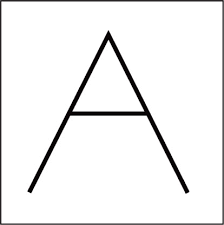 23d         King has old wife attached to rope in ceremony of abasement (6)
{ KOWTOW } The chess notation for King, followed by Old, Wife, and a rope used to pull something along.

27d         Northern bank open to view — characters within it twisted! (4)
{ BRAE } Start with a word meaning uncovered or open to view, then swap the order of the two middle letters.