This was comparatively less difficult, so it’s a 1.5*/3* for difficulty/enjoyment.  Thanks to Jay.

{CRYPTIC} : [a vault;an underground chamber, especially one under a church] + [suffix denoting a likeness to;having the characteristics or style of the root word].

Defn: … for a sort of crossword.

{PLACEBO} : [abbrev. for the Post Office] containing(adopting) anagram of(poor) CABLE. I guess the surface could possibly be true of the Secretary of State for Business, Innovation and Skills.

{AIOILI} : { I + [letter representing 0;love in tennis scores] } contained in(hugged by) [famous boxer who, during his time, would “move like a butterfly and sting like a bee”].

Defn: … for your dish, originating from Provencal, France.

10a    A role soldiers originally took to get accommodation (9)

{DUEL} : [expected, as with, eg. the return of a borrowed library book or a loan] plus(with) [abbrev. for “Liberal”].

14a    Prisoner raves about rightwing school of music (12)

{CONSERVATORY} : [short for a prisoner] + anagram of(about) RAVES + [a member of the supposedly rightwing Conservative Party].

A school of music you don’t see much of – or do you?  And it’s coed (with the same school uniform):

{SPELLBINDING} : [a session;a period of time devoted to doing a particular activity, eg. a tour of duty] + [covering books;enclosing and fastening the pages of a book between covers].

21a    Locals wanting popular starters of nachos and salmon (4)

Answer: Places where one can get drinks, etc, some, as in the definition, in the locality of one’s home or place of work.

{ROLLING PIN} : Cryptic defn: The clue is to be read as a homophone of(it’s said) “… needing dough” in making, eg. bread.

{ANGER} : [a man attempting, especially if without a line, to catch fish] minus(without) [abbrev. for “line”].

Answer:  It makes him green and mean – every time.  And her – just homicidal.

27a    Lies about National Trust endowments (7)

{TALENTS} : [lies;stories being told, especially about someone else] containing(about) [abbrev. for the National Trust].

Defn: Abilities one has fortunately been endowed with.

{PALETTE} : [permitted;allowed] contained in(in) [a meat paste, eg. made from chicken liver – another clue with a food reference].

{CHANGE} : Double defn: 1st: Eg. from one train to another; and 2nd: Pennies and other small-value coins.

{YEOMEN} : [a old-fashioned word;once for “the”] + [a sign signalling a future event, often of bad fortune].

{THIRD WORLD} : [Dame Thora’s name, as might perhaps be written with her address] plus(with) [a promise;what one gives as an undertaking] containing(to go round) [Roman numeral for “fifty”].

4d    Noise from family gathering at the outset (5)

{CLANG} : [a family consisting of persons interrelated by ancestry and marriage] + 1st letter of(… at the outset) “gathering”.

5d    After dressing, journalist gets wasted (9)

{PLASTERED} : [a dressing – not food this time – over, say, a wound] placed above(After …, …, in a down clue) [popular crossword abbrev. for a journalist].

Answer: Like the definition, slang for being absolutely drunk.

{EXECUTOR} : [chemical symbol for the element copper] contained in(deposit between) { [the English river flowing into the English Channel] plus(and) [a hill, especially a rocky one] }.

{OUTPLAYS} : [banned;not to be considered nor permitted] + [theatre productions, each consisting of acts].

{CANNONBALL} : [a church official on the permanent staff of a cathedral] containing(pinching) [abbrev. for “new”] + [an orb;a spherical object].

Defn: … of a much bigger calibre than a bullet.

Defn: Dressing – but, this time, not for food nor wounds. 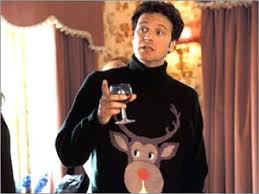 {NEONATAL} : [a gaseous chemical element] placed above(for lighting;settling or landing on, in a down clue) A + [a lecture] minus its last letter(short).

Defn: Not relating to a delivery of gas, but of a baby.

{SPIGOT} : [abbrev. for “small”] + [a cavity;a hole in the ground, say] containing(full of) [the energy driving you to do things].

{ENTREE} : Double defn: 1st: The right or power to enter; and 2nd: One of the courses of a meal – the one before the main course, except in the US where it is the main course.

{LAY UP} : [a pottery vessel (2 words);an earthenware open container to drink from] minus(with … missing) the 2 respective 1st letters(lids;tops, in a down clue).

{PLAN} : [aircraft] minus its last letter(for docking;cutting off, as with an animal’s tail).