The New Year has brought a horrible day in North Devon – very dark, very wet and very windy – so it’s lucky that Elkamere has provided us with a ‘proper’ Toughie. I’m not sure if today’s puzzle number being very relevant to the 1st of the 1st is merely a happy chance or required a bit of manipulation (do we now know why there was a bonus Toughie on the Saturday before Christmas?). In either case Elkamere has taken full advantage – as well as the hidden sequences (brilliantly explained in 17d) there are several other allusions to the puzzle number and date.

Do provide a comment and please take the time to use the star system to record your enjoyment factor.

4a  Eating fruit, leaderless team with four supporters (9)
{QUADRUPED} – a team or gang without its initial S (leaderless) contains a name for any fleshy fruit with a stone, such as a plum or cherry. I don’t know whether this is a step too far but the ‘four supporters’ do look a bit like the puzzle number.

9a  Who’s first to save a male in our comic? (9)
{SUPERHERO} – a semi-all-in-one. The first letter of S(ave) is followed by an anagram (comic) of OUR containing a preposition meaning ‘a’ (as in ‘50p a pound’) and a male pronoun.

10a  Happy young man touring Australia (5)
{BOOZY} – this word means happy in the alcoholic sense. Put a young man round a slang word for Australia.

11a  Row about one’s first of January ball results in split (7)
{DISJOIN} – a row or racket contains a) I (one) plus the ‘S, b) the first letter of J(anuary) and c) the letter that looks like a one-dimensional ball.

12a  Report that is rejected about one type of drink (7)
{EISWEIN} – this is a German word for a sweet wine made from grapes picked while they were frozen. String together a report or bulletin and the abbreviation for ‘that is’, then turn it all around (rejected) and insert I (one).

13a  Month of British riots (6)
{TISHRI} – this is the first month of the Jewish civil year (so it matches today’s theme). It’s hidden (of) in the clue.

15a  Canvas home – it’s in the post (8)
{MAINSAIL} – another word for post containing an adverb meaning at home and an abbreviation used for ‘it’ or sexual magnetism.

20a  Inclined to emphasise everything inside facility is wrong (6)
{ITALIC} – an anagram (wrong) of all except the outer letters of the word facility. 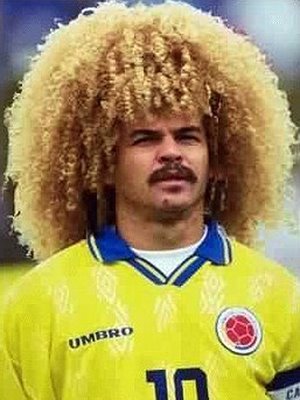 24a  Close game, one put on after dark (7)
{NIGHTIE} – a charade of an archaic word meaning close or near and a game in a knockout competition.

27a  They make peak calls so elderly will suffer (9)
{YODELLERS} – an anagram (will suffer) of SO ELDERLY.

28a  Square found in other square snack (9)
{ELEVENSES} – a word meaning square or quits goes inside a synonym of other or ‘in addition’, then we finish with S(quare). The number in the answer matches today’s theme.

29a  Core of progress behind hard work (5)
{GRAFT} – the central two letters of progress are followed by a mariner’s word for behind.

1d  Report about daughter in school given after time? (9)
{POSTDATED} – a verb meaning to report or announce contains D(aughter), then all that goes inside a school of marine animals.

3d  Bear’s tail in rough shelter (7)
{HARBOUR} – this is a clever clue. I thought at first that shelter was the definition but I couldn’t make the wordplay work. Then the penny dropped that the definition is actually bear (a grudge, perhaps). Start with the last (tail) letter of (roug)H and add a shelter or shady bower.

4d  Church edited out of sequence shot in part of New York (6)
{QUEENS} – an anagram (shot) of SEQUEN(ce) with the church disestablished.

5d  A child celebrity turned up in concert (2,3,3)
{AS ONE MAN} – A and a male child are followed by the reversal (turned up) of a celebrity.

6d  Sting’s flair for setting up bass (7)
{ROBESON} – a verb to sting or fleece is followed by the reversal (setting up) of a flair or instinct.

8d  Dean’s party ruined NYE (5)
{DOYEN} – a festive party followed by an anagram (ruined) of NYE. I presume that NYE stands for New Year’s Eve but the abbreviation is not in the BRB. Is Mr Mayer making a confession in the clue?

14d  Pottery in sink filled with extremely light veg (4,5)
{SALT GLAZE} – this is a type of pottery produced by adding sodium chloride to the kiln during firing. Insert the outer letters of L(igh)T inside a verb to sink or droop, then finish with a verb meaning to veg or pass one’s time in unproductive activity.

16d  Allowed to admit chef’s first to recycle cookware (2,7)
{LE CREUSET} – a synonym for allowed containing the first letter of C(hef) and a verb meaning to recycle.

17d  One helped to see columns in the grid again and again and again, say (4-4)
{FOUR-EYES} – this is brilliant. It’s a derogatory slang term for someone who wears spectacles. It sounds like (say) the sequence of letters (matching today’s puzzle number) which are to be found in columns 2, 6, 10 and 14 in the grid.

19d  Nonsense that will primarily confuse (7)
{TWADDLE} – the primary letters of T(hat) W(ill) followed by a verb to confuse.

21d  Filipino’s term to describe lady love (7)
{TAGALOG} – Filipino here is an adjective, describing someone from the Philippine Islands. Put a term or name around (to describe) a dialect word for a young lady and the letter that resembles zero or love.

22d  A gesture oddly easy for those taking charge (6)
{ANODES} – the charge that these take in is of an electrical nature. String together A, a gesture of acceptance and the odd letters of easy.

25d  Latin subject put together by the educated person (5)
{THEMA} – THE (from the clue) followed by someone with an arts degree.

The top clue for me today was 17d with honourable mentions going to 9a and 3d. Do you agree or disagree?