Toughie No 1058 by Petitjean

Not one of Petitjean’s more difficult puzzles, which is presumably why it ended up in this Tuesday slot.

14a    Give alien a signal to go back (6)
{DONATE} – a charade of Crosswordland’s favourite alien, the A from the clue and a signal made with the head, all reversed (to go back)

22a    Almost excessively quiet? Rubbish! (4)
{TOSH} – most of a three-letter adverb meaning excessivelyffb an exhortation to keep quiet 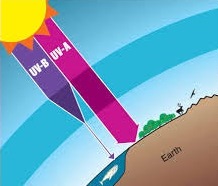 25a    Unashamed Liberal enrolled in club — a new recruit at last (7)
{BLATANT} – L(iberal) inside a club used by cricketers and followed by the A from the clue, N(ew) and the final letter (at last) of recruiT

1d    Difficult to accept lay-off? Let’s run this up the flagpole (7)
{HALYARD} – an adjective meaning difficult around (to accept) an anagram (off) of LAY

4d    Do something about left-of-centre communist? I approve (8)
{ACCREDIT} – a three-letter verb meaning to do something around the initial letter (left) of C(entre), a communist and the I from the clue

5d    Cliff‘s concert on time or close to early (10)
{PROMONTORY} – a school concert followed by ON, T(ime), OR and the final letter of (close to) early

6d    Breathing fire (7)
{ANIMATE} – a double definition, the second one being a verb meaning to fire or encourage

9d    Figure including shipment’s final charge for record — that’s the law (7,4)
{STATUTE BOOK} – a carved figure around the final letter of shipmenT and followed by a verb meaning to charge someone with an offence

Let’s hope the puzzles for the rest of the week are tougher than this.