1a           Bring up opinion with paper that shows what’s coming to pass (4,4,6)  [Newspaper version (4-4,6)]
There’s a mistake in the enumeration of this clue in the online version of the puzzle: according to both Chambers (12th edition) and the ODE (2010 edition) it should be (4-4,6) – a verb meaning to bring up or nurture followed by an opinion and a national newspaper gives something that shows a driver what is coming to pass him

9a           Job description one included in manifest (7)
I love this one – we are looking for a description of the biblical character Job, carefully concealed by placing his name first in the clue – put I (one) inside an adjective meaning manifest or obvious

18a         Artist using mainly scarlet and black, as he said (6)
This French artist is derived from most of (mainly) a scsarlet colour followed by the French (as the artist said) for black 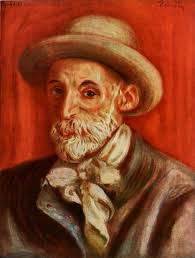 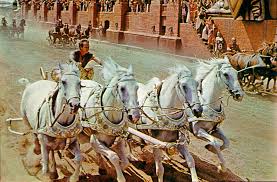 26a         Heading into hospital too soon, in agonising way (5-9)
A verb meaning heading or having a prevailing direction inside H(ospital and a word meaning too soon

1d           Good relationship with left, on board after strike (7)
Put the nautical (on board) term for left after a verb meaning to strike

2d           Deviously manipulate tenet, such as eighth of ten commandments? (15)
This anagram (deviously) of MANIPULATE TENET gives a word meaning not the tenth of ten, nor the ninth, but the one before that

13d         Romance with a female, beautiful with nothing on (4,6)
The A from the clue and an adjective meaning beautiful preceded by a score of nothing in tennis 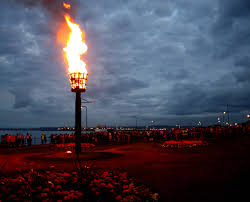