The top half of the puzzle went in very quickly, and though I had a little more difficulty with the bottom, it was still ** for difficulty as far as I was concerned. 20a was the last one in.

10a         Doctor of Law‘s endless talk (5)
{ RABBI } The law concerned is Jewish law. Remove the final T (endless) from an informal word for talking at length.

12a         Day in Rome — departs Italy heading west (4)
{ IDES } One of the days which occurred every month in the Roman calendar. Take a word which means ‘departs’ (this life) and move the IVR code for Italy to the left. 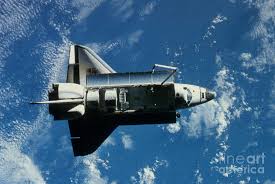 15a         What a pest! Jealous and cunning (8)
{ GREENFLY } A charade of the colour associated with jealousy or envy, and a slang adjective for cunning or knowing. 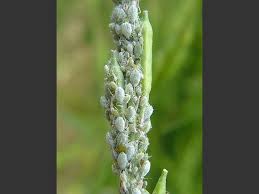 16a         Gene‘s fine performance of Romeo (6)
{ FACTOR } Another charade. The abbreviation for Fine, a performance on stage, a shortened form of ‘of’ and the letter represented by Romeo in the NATO alphabet.

20a         Swallow’s issue falls? (8)
{ DOWNFLOW } An informal word for swallow, often used in relation to pints of beer, followed by a verb describing an issue of water, giving something of which waterfalls are an example.

23a         Send home rogue pirate trapped by renegade European (10)
{ REPATRIATE } Anagram (rogue) of PIRATE inside a word for a renegade, with European added at the end.

26a         Church division is impounding booze? On the contrary (5)
{ AISLE } IS (from the clue) inside a variety of alcoholic drink, which is the reverse (on the contrary) of what the wordplay says.

28a         Fine little hoofer dances around hotel in fun (3,3,4,2,2)
{ FOR THE HELL OF IT } An abbreviation for Fine (for the second time in these clues) followed by an anagram (dances) of LITTLE HOOFER with the letter represented by Hotel in the NATO alphabet inside it.

2d           Swing net with no difficulty they say (7)
{ TRAPEZE } A swing found high up in a circus tent. A verb meaning ‘net’ followed by a homophone (they say) of a noun expressing ‘no difficulty’. 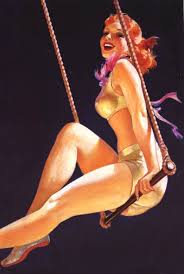 6d           Broken icy earth covers heart of Kansas. These might help to get a grip (4,6)
{ TYRE CHAINS } Anagram (broken) of ICY EARTH followed by (covers, in a Down clue) the middle two letters of KaNSas.

11d         One may be spoiling to take the gilt off it (11)
{ GINGERBREAD } Taking the gilt off this is a well-known expression for spoiling an experience. Is this a cryptic clue?

14d         Suspicious incident involving time and money leads to accusation (10)
{ INDICTMENT } Anagram (suspicious) of INCIDENT  with Time and Money inside.

17d         Plot against American defecting is very easy initially (8)
{ CONTRIVE } The Latin word for against with the final A removed (American defecting)  followed by the first letters (initially) of Is Very Easy. 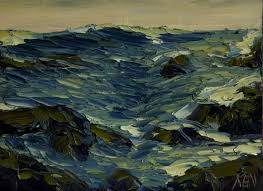 21d         Slog. Self-explanatory exits! (4,3)
{ LOGS OFF } This is a reverse anagram.  The answer, which describes what someone does when he closes a computer down, is also the anagram fodder and indicator for an anagram of which ‘slog’ is the result.

A little heavy on the anagrams?