Having been held up in the SW corner (by an unfamiliar slang word, and a word that I considered and discarded because it didn’t fit the checking letters, according to my misspelling), I’d rate this 2*/3* for difficulty/enjoyment.  Thanks to Jay.

{DRESS CIRCLE} : Anagram of(worried) CLERIC placed after(by, in an across clue) [attire;something you might wear].

9a    Stopped protecting the setter, and made improvements (7)

{ETERNAL} : Cryptic defn: With capital letters, another name for a European capital city. The clue doesn’t seem right, as the answer in the grid is another name for a city containing or outside (not within) another smaller City. Or, is the question mark meant to denote the reverse?

{BEEFALO} : [to complain;to bring up a contentious issue] + A + [an interjection to look!].

{DUDES} : [symbol for “energy” in physics] contained in(investing … in) [flops;failures, eg. bombs that fail to detonate).

{SPLICE} : { [collectively, coppers in uniform as well as plainclothes;the fuzz] minus(missing) [the letter representing 0;nothing] } placed after(in pursuit of;goes after, in an across clue) [abbrev. for “son”].

Answer: As an adjective.

Answer: A (zoological) order of mammals, examples of which are the beavers, small and large.

{SADDLEBAG} : [to burden with;to encumber with] placed above(on, in a down clue) [to reserve or get the right to do or to have something, as in “he came in early to reserve the best seat in the house”.

{COOMB} : [to thoroughly search, as with a fine-toothed implement] containing(around) the middle letter of(middle of) “Don”.

Answer: A sculptured work of shapes carved on a surface so as to stand out above the surrounding background.

{LOG JAMS} : [a record of events] + [a positive response in German] placed above(on, in a down clue) the 2 outermost letters of(case of) “mass”.

…this one is not due to beavers.

{LEGERDEMAIN} : Anagram of(confused) REMAINED placed below(after, in a down clue) [one of a pair that supports your torso].

Answer: A deception;a sleight of hand, like what a conjurer does.

Defn: Not bones, but tubers that are liable to burn when handled, used figuratively.

{TURNTABLE} : Cryptic defn: That which supports a spinning record disc.

Have a listen while you’re thinking about it:

{SHAMPOO} : Double defn: 1st: A liquid for cleansing; and 2nd: Slang, humorously, for a fizzy;bubbly drink.

20d    Answer found in additions to contract for corporate attackers (7)

{RAIDERS} : [abbrev. for “answer”] contained in(found in) [additional clauses to a contract].

But these ones are not the corporate type: 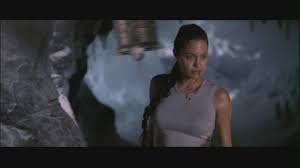