Some will find this tough, others, like me, easy. Pick of the day is definitely the pun in the Quick crossword!

There’s an important update at the end of the review for those trying to solve the newspaper version of today’s Toughie.

7a    Nothing stopping mobile phone use providing reception for everyone (4,5)
{OPEN HOUSE} – O (nothing) inside (stopping) an anagram (mobile) of PHONE USE

8a    Demonstrated this stitch used in embroidery? (5)
{SATIN} – split as (3,2) this means demonstrated or protested

10a    Phoney conflict in the main? (3,3)
{COD WAR} – a three-letter word meaning phoney followed by a conflict 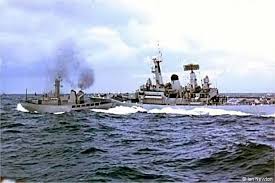 16a    The opposite of legs being trim (4)
{SNIP} – the reversal (opposite) of a slang word for legs, especially those of a pretty girl

19a    Turn air blue endlessly, resulting in sending-off (6)
{BURIAL} – an anagram (turn) of AIR and BLU€ without its final letter (endlessly) gives a sending-off for a deceased person

26a    Cocktail is magic without vermouth (6)
{MOJITO} – a word, probably of African origin, meaning magic around the two-letter abbreviation for IT(alian vermouth, other vermouths are available!)

13d    Kisses and cuddles eventually working up good head of steam (5)
{SNOGS} – the final letter (eventually) of cuddleS followed by the reversal (up in a down clue) of a two-letter word meaning working, G(ood) and the initial letter (head) of Steam

18d    ‘Time!’ Getting busy, jog drunk for beer mugs (4-4)
{TOBY-JUGS} – T(ime) followed by an anagram (drunk) of BUSY JOG – is Chambers the only place where this answer is hyphenated?

If you’re having difficulty with 25 down in the Toughie, it should read “Absurd sentimentality about antipodean nation (5)”.