Don’t know much about history

A couple of lazy anagram indicators (not and from), an obscure, for me, reference to ancient French literature and a technical flaw in 8 down, together with a grid which almost splits this into two separate puzzles, rather spoiled this otherwise enjoyable puzzle.

9a    A soft cheese? No thanks. Fruit please (7)
{APRICOT} – the A from the clue followed by the musical notation for soft and an Italian cheese without the final TA (no thanks)

12a    Lead actors dressed for the priesthood? (10)
{SACERDOTAL} – an anagram (dressed) of LEAD ACTORS 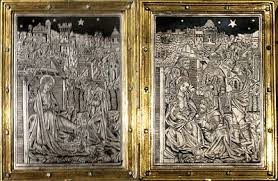 15a    Shopping and business area in a certain Newcastle? (8)
{DOWNTOWN} – split as (4,4) this could describe Newcastle in Northern Ireland

23a    Thick fellows, endlessly calm during this (7)
{THIEVES} – these fellows are metaphorically thick! – an adjective meaning calm or composed without its initial and final letters (endlessly) inside THIS

25a    Concerned with medicines from Utah plc, America (14)
{PHARMACEUTICAL} – an anagram (from) of UTAH PLC AMERICA

1d    French epic showing 100 desecrated headstones including separate parts for English (7,2,5)
{CHANSON DE GESTE} – this old French epic poem is derived from the Roman numeral for 100 followed by an anagram (desecrated) of headstones into which the assorted letters (separate parts) of ENG(lish) have been inserted 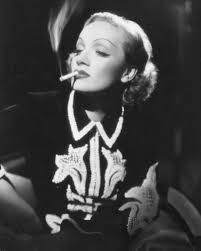 6d    Bird out west around edge on these French homes (10)
{RESIDENCES} – start with a small bird, remove the initial letter W (West out), put what’s left around an edge and then add the French for these

8d    Novel start to historical work (7,3,4)
{DECLINE AND FALL} – this novel by Evelyn Waugh is the start, or more accurately the middle, of the title of historian Edward Gibbon’s account of the latter years of the Roman Empire

13d    Theatrical flower penniless hubby’s got by cutter (2,3,5)
{OL’ MAN RIVER} – the “flower” that features in the musical Show Boat is derived by dropping the D (penniless – it’s usual to indicate when obsolete terms are being used} from a colloquial word for a husband (3,3) and adding an agent noun derived from a verb meaning to cut

* Oh yes, it’s an anagram (trouble) of NAMES followed by I (one) and the initial letter of (beginning to) Admit