Toughie No 1002 by Petitjean

A workmanlike puzzle from Petitjean that almost strayed into 3-star territory because of the time it took to solve 25 down. I thought that some of the definitions left a lot to be desired – 1a is only a fast time when it is the time taken for something to happen, 6 across/10 across is an American word for a central street in a town whether or not it is well-worn – and are communes in Northern France fair game?

12a    Reportedly bad-tempered look (4)
{MIEN} – for once Chambers agrees that this sounds like an adjective meaning bad-tempered or unkind – oh that all so-called homophones used in crosswords actually sounded like each other, like this pair! 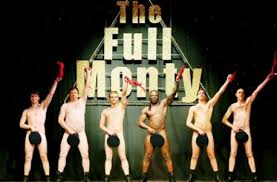 2d    Opposite of fun getting poorly; happy ending is void (7)
{NULLIFY} – reverse (opposite) all of FUN around an adjective meaning poorly and then add the final letter (ending) of happY

4d    Risk extremes of ribaldry in court (8)
{CHANCERY} – a verb or noun meaning risk followed by the outer letters (extremes) of RibaldrY gives what was formerly the highest court of justice, next to the House of Lords

8d    Large sum of money found in empty seats after dark in clubs (10)
{NIGHTSPOTS} – a large sum of money, maybe a prize or a kitty, inside SeatS without its inner letters (empty) preceded by a word meaning dark

11d    Get the wrong idea about husband knocked out by accident before girls’ night out curtailed (12)
{MISAPPREHEND} – drop(knocked out) the H(usband) from an accident and follow it with a prefix meaning before and most of (curtailed) a girls’ night out (3,2)

14d    Dare I spell tricky word for shoe? (10)
{ESPADRILLE] – an anagram (tricky) of DARE I SPELL gives a type of shoe that is much loved by crossword setters

17d    Fleet Street’s last to probe female having left over sick article (8)
{FLOTILLA} – the final letter (last) of StreeT inside (to probe) F(emale), L(eft), O(ver), an adjective meaning sick and the indefinite article

25d    Commune in Northern France making contact? (4)
{LENS} – two definitions – the second being something of which contact is an example Perhaps tomorrow will be better – let’s hope so.