Toughie No 980 by Notabilis

The Fine Art of Clue Writing

Greetings from the Calder Valley! It is nice to be making one of my occasional ventures into Blogland and even more so when the puzzle you get to blog is so stunningly breath-taking.

When I found out it was one of Notabilis’ puzzles, I was delighted; I waited till midnight, eagerly printed it off, and then stared at a blank grid for over an hour! I then solved a couple and one by one like a Christmas tree’s needles, they fell into place and I kicked myself more and more. I then began to admire the beauty of the construction of these clues; 19 down stood out early on, followed by 1 across and then more and more of them. When the last answer went in, I wanted more. And that is the mark of a good crossword! I am lucky to test solve for a number of setters, including one or two of the up and coming ones, and I would recommend to each of them that they study this puzzle carefully and learn from it.

I thought it only fair to write to our setter and congratulate him and was greeted with the news that there was a Nina in there too! I went off searching with a certain cryptic lady’s help and then it leapt out! I’ll leave that for you to discover.

If only all crosswords were this splendid! Thanks to Notabilis for a masterpiece. Here’s to the next one.

Incidentally, when you are lucky enough to receive a mail from our hero, there is a lovely widget that extracts a quirky definition from Chambers. The one I got in his mail back was as follows:

*album Graecum* (Low Latin) the dried dung of dogs, formerly used for inflammation of the throat” — The Chambers Dictionary

Another incidentally, if you are at a loose end on Monday afternoon, I am taking part in Counterpoint, the music quiz on Radio 4 at 3pm and on iPlayer all week. I am sworn to secrecy on the result, but I will confirm that I was rather surprised to discover that the host. Paul Gambaccini, was incredibly tall!

Now there’s a thought! If you want to join in the adulation, please leave a comment and add your assessment by selecting from one to five stars at the bottom of the post.

1a Best replacement, a bit less than stellar? (5)
{STARR} We start with a lovely bit of trivia. The definition is “Best replacement” and although I quickly realised we were looking for someone who succeeded best, I went off thinking of George. You need think of P Best Esq and a surname which is just short of being a word that means stellar, think of Van Gogh’s painting of night.


4a Weight of ring in purple and very very black (5,3)
{PLUMB BOB} A weight used by some professions is revealed by taking a shade of purple and one of the very darkest pencils you can get and inserting O for ring.

8a Strength of monkeys regularly seen in trees (8)
{FIRMNESS} The alternate letters of MONKEYS go inside some coniferous trees to give you a word for strength.

9a Mount races to capture heart of Maureen O’Hara in a film (8)
{SCARLETT} I know it’s my silly sense of humour, but I imagined Dame Peggy rushing round in a particularly bad 50’s B&W pic. However, a word that means to mount or climb and the abbreviation of some famous race on the Isle of Man takes R (heart of Maureen) to give the name of the most famous O’Hara in film.

11a One’s learned what breaks short knife, in hindsight (7)
{EGGHEAD} Someone who is clever (like Daphne, Kevin, Chris or Pat for example) is found by taking the name of a knife (think Cluedo), but not all of it. Insert a word that means “What?” and reverse it all.

13a Leeway of little magnitude in a cavalry weapon (9)
{ALLOWANCE} If something like a sound has little magnitude, it may be said to be this, which goes inside a long pointy weapon to give a word meaning leeway or latitude.

15a Treat to spy? Thing quite different! (3,1,6,5)
{NOT A PRETTY SIGHT} This is a nice example of a type of clue known as “&lit” (defined beautifully here: http://bestforpuzzles.com/cryptic-crossword-tutorial/and-lit.html ) An anagram (shown and qualified by “quite different”) of TREAT TO SPY THING reveals something that may be defined by the whole clue. Very clever!

18a Get French cheeses picked up for a drink with vodka (3,6)
{SEA BREEZE} The name for a vodka-based cocktail with cranberry and grapefruit juices is a homophone of “get [as in understand] some soft cheeses from la belle France.

21a He devised cuts since accordingly introduced by young man (7)
{SASSOON} Oddly, I worked this out through ignorance and have only just realised again how clever this is. This was one of the last entries and seeing “young man” assumed that Siegfried Sassoon did a work with “young man” in the title, such as James Joyce’s work. Of course he wrote the “Anthology for Doomed Youth”. After slapping myself on the forehead, I realised that the definition is “He devised cuts” which of course refers to Vidal, not Siegfried and AS SO (since accordingly) goes inside SON (YOUNG MAN).

22a Logic’s abandoned with theologian involved in popularity-based award (4,4)
{GOLD DISC} An award for sales in music is found by taking the traditional abbreviation for someone who is qualified as a theologian and placing it inside an anagram of LOGIC’S. 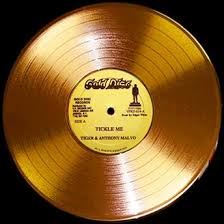 25a Thoroughly involved with demand in store (4-4)
{KNEE DEEP} A word for demand goes inside the name for a store in a castle to give you an expression that means embroiled in.

26a Run right into perhaps a baleful badger (5)
{HARRY} This one was another that had me fooled for a while, as I was convinced it was BROCK and duly went searching for the word BOCK meaning “baleful”. But it’s nowt of the sort, and is the far more clever RR (run right) inside something that is sold by the bale.

1d Ordeals of following lines in petition on phones (10)
{SUFFERINGS} A word meaning what people endure (such as Tamino and Pamina in The Magic Flute) is found by taking the poetic abbreviation for following, placing it inside something that means legally petition and adding a word meaning calls on a phone.

2d Overbearing Arthur cuddles frequent companion for (dishy) Josh (8)
{ARROGANT} Inside the shortened form of Mr Garfunkel’s name goes the other part of the spicy Indian dish whose suffix is Josh to give you something that means overbearing.

3d Bridesmaid turning more chaste when worried nun enters (6-2)
{RUNNER-UP} Now there’s an image for you! An expression for the person deemed the bridesmaid in a contest is found by taking a word meaning more chaste and reversing it with an anagram of NUN inside. If the Royaume Uni are this tomorrow night in Malmo, then it will be a triumph (and a bloody miracle!)

4d Col. Blimp, at bottom a buffoon (4)
{PASS} Another meaning of the geographical term known as a col. The last letter of Blimp (at bottom) is added to a word for a buffoon or clown to give the aforementioned term.

5d Essence of male orientation symbol (6)
{MARROW} The word for a form of tissue in a plant (or the name of a plant itself!) is found by taking M (male) and adding the symbol used to show direction.

10d Mostly faddish argument over loose clothing (8)
{CULOTTES} Those who remember Kenneth Williams on Just a Minute will recall he described himself as this word meaning faddish. Take three quarters of the word and add to the name for a bust up or row reversed to get some fashionable items of wear again probably worn by Crypticsue.

12d Shimmering steel blue turns around, never going out of style (8)
{DATELESS} Inside the reversal of a word meaning blue goes an anagram of STEEL to give a way of saying that something remains fashionable just like Crypticsue’s (That’s enough – ED)

16d Mum crossing Thames at Oxford hugs somebody vacant like mummy’s boy? (8)
{SISSYISH} A way of describing a mummy’s boy is found by taking the word for mum, as in “keep mum!”, and inserting the name for the River Thames at Oxford and inside that placing SY (SomebodY vacant).

17d More hip from good jumper to compete at start of run-up (8)
{GROOVIER} How you said more hip, as in more trendy. In the 1960’s /70’s is found by solving this word sum: G (good) + the short name for something that jumps down under + to compete with/rival + R (start of run-up).

19d It‘s entirely about protecting university (6)
[ALLURE} Several sites run Clue of the Week features and I have nominated this gem for this week’s contest. Something that means entirely is added to the short word for about (as in correspondence). This all goes round (protecting) U for university. Where’s the definition? It literally is the definition!

Think of the late actress Clara Bow and her nickname.

20d Pushed a blockage through, not even having flushed 14 (6)
{RODDED} Another clue where you stifled the giggles and admire the clever way Notabilis uses words. The work that Dyno-Rod (other drainage unblocking companies are available) do is revealed by taking the word for not even and putting it inside a word for flushed (as in my face when Crypticsue gets her hands round my throat!). 14 is the way of indicating that flushed goes around it.

23d Nothing in arrest leads to place of confinement (4)
[COOP} The name for somewhere to confine your chickens is found by taking O (nothing) and placing it inside something that means arrest (or the person that does it).

And so we are done. Heartiest thanks to Notabilis for a delightful and amazing masterclass in clue writing and setting. Here’s to the next one. If you’d like to thank him personally, you may be able to at next Thursday’s S&B do in Wapping, as he might just attend. I hope to be there to show my appreciation.

And the Nina: Well –

IF YOU LOOK CAREFULLY AT THE GRID, YOU’LL SEE EVERY ANSWER HAS A DOUBLE LETTER IN IT.

See you again soon, if I can avoid being throttled by Crypticsue, who was really a big help today! Ta ma’am!!