Toughie No 974 by Giovanni

Howlin’ At The Moon

The usual solid puzzle from Giovanni, with the difficulty coming only from obscurities.

9a    Lavatory sufficed, to be fair (6)
{CANDID} – a slang word for a lavatory followed by a verb meaning sufficed

11a    On return the German female’s on phone creating diversion (3,7)
{RED HERRING} – the reversal (on return) the German definite article and follow it with the femal possessive pronoun (female’s) and a verb meaning to phone – once again the online interactive version has dropped the rather essential apostrophe (it would appear that today’s character is actually a right single quotation mark [ ’ U+2019] rather than a genuine apostrophe [ ‘ U+0027])

13a    My word is given to supporter losing heart (1,3)
{I SAY} – the IS from the clue followed by a supporter without his middle letters (losing heart) 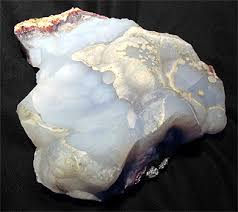 22a    Irish poet of 21 drinking gallons (5)
{SYNGE} – Irish poet, perhaps better known for his play The Playboy of the Western World – the answer to 21 down around G(allons)

2d    Fellow fearless but no good as a high-up civil servant? (8)
{MANDARIN} – a fellow or chap followed by an adjective meaning fearless without its final G(ood)

3d    Queen sitting on rug maybe, squashing a small insect (6)
{EARWIG} – Her Majesty’s regnal cypher and a rug or toupee around (squashing) the A from the clue

5d    Female needing help across road? There’s warmth of affection (5)
{FLAME} – F(emale) followed by a condition that may require help to cross a road 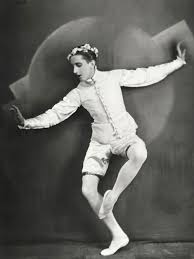 12d    Moses stood on it completely pulverised, we hear (4,6)
{HOLY GROUND} – sounds like (we hear) an adjective meaning completely followed by a verb meaning pulverised 18d    Close company having removed Ecstasy — and its pusher? (5)
{NARCO} – an adjective meaning close and CO(mpany) without the E(cstasy) gives someone who might handle Ecstasy