There’s still time to have a go at our April Prize puzzle.

Most of the terms used in these hints are explained in the Glossary and examples are available by clicking on the entry under “See also”.Definitions are underlined in the clues.

6a           Substitute put in for striker, as result of injury (4)
Two definitions, the first being someone who works during an industrial strike

22a         Noise from horse initially blows cover for us in vicinity (13)
The noise made by a horse followed by the initial letter of Blows and what might be a cover for us to wear on the head (3,4) 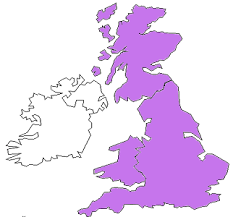 8d           Women entitled to give piece of music zero points (10)
These titled women are derived from a charade of a short piece of music, O (zero) and some points or headlands

16d         Bound over unnamed adolescent, one who has been expelled (8)
Reverse a five-letter word meaning bound or tied up and follow it with an adolescent without his final N (unnamed)

The paucity of illustrations is a result of the lack of suitable subject material!