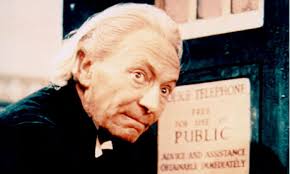 14a         Blank paper, with current lesson being partly switched (14)
A newspaper followed by the symbol for electric current and LESS ON with the two parts switched

17a         Card players and clubs undecided about note for meeting with press (4,10)
All four bridge players followed by C(lubs) and then a phrase meaning undecided (2,5) around the  second note of the scale in sol-fa notation

2d           Bright red peach, initially, that is put in fruit dish (6,3)
A bright-red colour followed by the initial letter of Peach and the abbreviation of the Latin for this is

9d           In short, it’s central to anxiously signed agreement (10,4)
The middle three letters of anxIOUsly give an abbreviation which is an example of this

A few bonus hints from Tantalus:

4a Citizen from elsewhere is in Paris, and excited (8)
Gramaan (excited) of PARIS AND.

21a Heads away from din, can pity silly behaviour (7)
Decapitate the three words din, can and pity.

23a Preserve a top performer, mainly for this game (7)
Gorgeous concatenation – Preserve (3) & A & top performer (4) (without the last letter) for card game

24a Good rates arranged — for actors coming in, that is (5,4)
Angrama (redranga) of GOOD RATES. Actors use it to enter

5d Life force cop is somehow giving his colleagues (6,8)
Elegant a-granma of LIFE FORCE COP IS makes the collective description of the cops.

8d With concentration reduced, I had overturned instrument (6)
Two letter abbrev. for ‘I had’, reversed and followed by old English musical instrument (of torture in my book).