Quite straightforward today, with only a handful at the end taking a little longer.  A 2-2.5* for difficulty and 3* for enjoyment.  Thanks to Jay (at least I think it’s Jay).

Definitions are underlined in the clues.

{LEADING QUESTION} : Cryptic defn: The abbrev. “Q” in full, and 1 as in “first”. The whole clue is an example of the answer.

{PAGEANT} : [a measure of one’s maturity] contained in(collared by) { [abbrev. for the musical instruction to play quietly] + [a social insect, one of whose castes is the worker] }.

Defn: A family, including ancestors and descendants, especially of royalty.

{PIER} : short for [good;religious] + [abbrev., from Latin, for Queen Elizabeth;Bess].

Defn: Not the creature, but a marine object.

{YUPPIE} : [how an American might indicate “yes”] plus(with) minus its last letter(unfinished).

Answer: What a hippie might have become next on getting older.

{TURN TAIL} : [a go;a try in sequence, eg. in Monopoly] + [slang for the human bottom;if you had one, you’d be literally sitting on it].

Answer: To run away.

18    Standard bargains which you find at the greengrocer’s? (8)

{PARSNIPS} : [the standard, especially in golfing scores] + [an informal word for “bargains”;similar to “it’s a steal”].

{PIGEON} : [a non-avian creature that might fly – if you wait long enough, like “when hell freezes over”] plus(with) [a very long period of time].

{EYESHADOW} : Cryptic defn:  That which will make what you use to see/look with, appear/look dark.

{THE LIKE} : [those people;pronoun for third person plural] minus
its last letter(Most of) + [to enjoy;to take pleasure in].

Answer: A scheme for citizens to compulsorily enlist in, for a time, their country’s governmental organisations, especially the military (including females in some countries).

Answer: Within the bounds of the law.

3    Burning, losing a couple of thousand due to rising prices (9)

Answer: The state of an economy when prices of goods and services are continually rising.

{GUESTS} : [abbrev. for “time”] contained in(invest … in) [a speculation, made when you don’t have all the facts].

{UPPERCUT} : [slang for “speed”, slang, in turn for a stimulant drug like amphetamine] + [a reduction;a snip].

Defn: The fighter most likely being a boxer.

{INANIMATE} : [a prisoner;a convict] containing(outside) [abbrev. for a part of the UK, site of The Troubles].

{NATURAL} : Double defn: 1st: A sure thing to win a race; and 2nd: Without any affectations.

14    Something to write on page merchant prepared (9)

Defn: Material to write on if you lived long ago.

Answer: As a verb, compatible with the defn.

{EPHEMERA} : Double defn: 1st: A genus of insects so-called from their short adult lifespans; and 2nd: Objects of limited value because their value/purpose lasts for only a short time.

18    Carriage or stanhope redesigned without top (7)

{PHAETON} : Anagram of(redesigned) “stanhope” minus its initial letter(without top). And “stanhope” is, of course, another type of carriage.

Answer:  In addition to the answer, here are two horseless versions with the same name – one modern and another not so modern:

{NOWHERE} : [at the present moment] + [a word to indicate you’re present during roll call].

{BERTHS} : Double defn: 1st: As with a marine craft, and sometimes dogs, too; and 2nd: Sleeping spaces found in means of transportation, including marine, making long journeys. 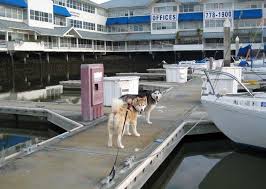 {DUBAI} : [to strike lightly with a sword, as the monarch might do to make you a knight] placed above(on, in a down clue) [letters that look like the designation for a major road in the UK, only part of it being of motorway standard].

Answer: In the Middle East.

{WINO} : [letters that look like the postal code for an area of central London] plus(with) NO.