Toughie No 917 by Osmosis

An exercise to do at home!

A typical Osmosis Toughie with lots of initial letters, inside letters and outside letters punctuated by the occasional very clever clue.

1a    Type of exercise ring used by fifth grade in games (11)
{CALLANETICS} – a verb meaning to ring someone on the telephone followed by the fifth grade in a series starting with grade A inside games or horseplay – I wanted to fit calisthenics in here, but soon realised that a) it was too long and b) it didn’t fit the wordplay

11a    Fabulous princess starts to act nervously with camel, losing track (9)
{ANDROMEDA} – the initial letters of (starts to) Act Nervously followed by a one-humped Arabian camel without (losing) the final RY (railway / track)

15a    Meat, with no name, relative kept in paper when retired (7)
{NUCLEUS} – drop (with no) the N(ame) from a male relative and then insert what is left inside (kept in) the reversal (when retired) of a tabloid newspaper 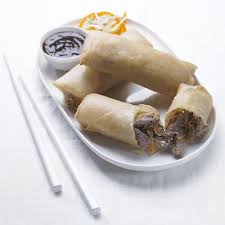 20a    Stylish shoe loosely covered by fleecy thing up the creek (2,3,4)
{IN THE SOUP} – a two-letter word meaning stylish followed by an anagram (loosely) of SHOE inside (covered by) another word for a ram (fleecy thing)

23a    Fifty tucked in to North African dish for part of commercial (3,4)
{TAG LINE} – the Roman numeral for fifty inside (tucked in) a North African stew made in a conical clay pot

24a    English actress vocalised middle bit in Creole, in rush (5,6)
{SUSAN GEORGE} – this English actress, famous for her role in Straw Dogs, is derived from a verb meaning vocalised and the middle two letters of CrEOle all inside a rush or sudden movement 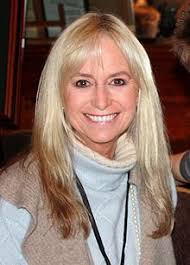 2d    A length of butterfly? Crawl? Swimmers might display such (5)
{LYCRA} – a fabric, made from a synthetic fibre, used to make swimwear is hidden (length of) inside the clue 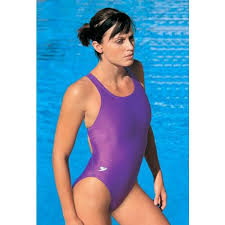 3d    Maps should include English temperature — if nothing else (2,5)
{AT LEAST} – a book of maps goes around E(English) and is followed by T(emperature)

5d    Racing miles with fan around circuit here? (4,2,3)
{ISLE OF MAN} – an anagram (racing) of MILES with FAN around the letter shaped like a circuit or ring gives a place with a famous racing circuit

6d    The female worker perhaps over Nag’s Head, banned boozer (7)
{SHEBEEN} – the female pronoun followed by a worker insect, not an ant this time, and the initial letter (head) of Nag

7d    Old cricketer resolute, batting last for Yorkshire (11)
{CONSTANTINE} – I wonder how many of you will remember Sir Learie? His cricketing career was before my time, but I do remember him as a well-respected statesman – an adjective meaning resolute followed by a cricketing tem meaning batting and the final letter (last) of YorkshirE 9d    Right-winger that Blair suppressed back in government? (11)
{THATCHERITE} – THAT followed by the first name if Prime Minister Blair’s irritating wife around the final letter (back) of governmenT

13d    Football team heads for Spain, entering seasonal break (9)
{ELEVENSES} – the number of players in a football team followed by the initial letters (heads) of three words in the clue

19d    Struggle with back, lifting in London area (7)
{AGONISE} – a word meaning back or past followed by IN reversed (lifting) and the area of England around London

21d    Predict summer month on surf, unconfined (5)
{AUGUR} – the three-letter abbreviation of a summer month followed by (on in a down clue) the sURf without its outer letters (unconfined)

Elgar has told me today that he is scheduled to return next month. We will both be at The Bridge House in Little Venice on Feb 2nd to celebrate the blog’s fourth birthday. Why not come along and join us? For details see Upcoming Events in the sidebar and the separate post.