Congratulations to Prolixic.  Today, as Kairos, he has his first puzzle published in a national newspaper, the Independent on Sunday.

23a         Check writing as academic, pocketing zero cash, mostly (9)
The four-letter abbreviation for a senior academic around (pocketing ) O (zero) followed by most of a colloquial word for cash 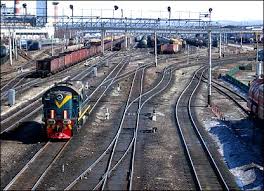 2d           What’s normal to monarch — lots of Americans may be for it (7)
A word meaning normal or average followed by a monarch; when followed by lots this is where Americans go to carry out the answer

16d         Insurance for vehicle seen around university city on Pacific (9)
Insurance for a commercial vehicle (3,5) around U(niversity)

18d         Buddhist symbol seen in Burmese port when docked (7)
A Burmese port, on the road in a famous song, without its final letter (docked)

23d         Sulk, extremely testy and small-minded (5)
A sulk or tantrum followed by the outer letters (extremely) of TestY