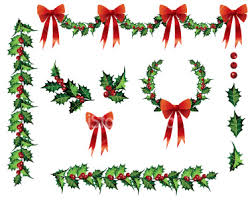 A Happy Christmas to you all from South Staffordshire, where the family have gathered, the turkey is browning nicely, and the sprouts have not been boiling since November!

We have a suitably festive theme in today’s puzzle, which is probably set by Rufus. I found the left hand side of the grid easier than the right, with the SE corner the last to be finished.

1a Festivities involve five in lively dances (6)
{ REVELS } The Roman numeral for five inside some Scottish or Irish dances.

4a Sacrifice queen in near future — or present (8)
{ OFFERING } The usual abbreviation for the current monarch inside a noun for ‘near future’.

10a Show party promises to be endless (8)
{ MANIFEST } The promises that political parties issue before elections, minus the last two letters (endless).

12a Principal boy embraces dame at last (4)
{ LEAD } The last letter of dam E inside a synonym of boy. 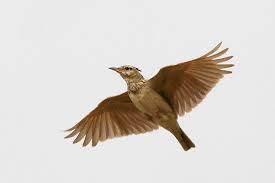 17a The Christmas tree gets stolen perhaps, as carol starts (3,5,4)
{ THE FIRST NOEL } Charade of THE (from the clue), a type of tree commonly used as a Christmas tree, and an anagram (perhaps) of STOLEN.


20a Members of the services at Christmas (12)
{ CONGREGATIONS } Church rather than military services (except for the Salvation Army, perhaps?). A nice piece of misdirection.

23a Greeting that you may get in winter (4)
{ HAIL } Double definition.

24a Party is about right, being tasteless and offensive (5)
{ BRASH } Another word for a party wrapped around R ight.

25a Form of decoration that has grown over the years (4)
{ TREE } Cryptic description of a common item of Christmas decoration.


28a Fool moans about festive occasions (8)
{ WASSAILS } A three-letter fool inside a word meaning moans gives these old rural festivities. 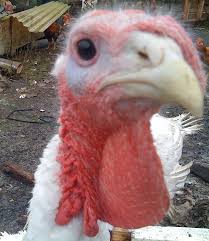 30a Party member who went to pot (8)
{ DORMOUSE } The party is the Mad Hatter’s in Alice in Wonderland.

31a Grow something to eat for Christmas dinner (6)
{ SPROUT } Double definition. We’re having ours with chestnuts and bacon bits.

Down
1d Control toboggan rising in speed (8)
{ REGULATE } An Olympic toboggan reversed (rising in a Down clue) inside a word for speed.

2d Grape producers without label to mark their years (8)
{ VINTAGES } The plants on which grapes grow wrapped around (without) a word for label, to give a term for the years when the stuff made from grapes was made.

3d The last of the wine (4)
{ LEES } This seems to be a straight definition of what’s left at the bottom of the bottle.

5d Unconcealed urge to get an original Christmas gift (12)
{ FRANKINCENSE } An adjective meaning open or unconcealed followed by a verb meaning to urge or incite, giving one of the gifts brought by the Three Wise Men at the first Christmas (or Epiphany if you want to be pedantic – but it’s still within Christmastide).

8d Get together and tuck in (6)
{ GATHER } Double definition.

11d Party fare provided by wise man going round America with car (7,5)
{ SAUSAGE ROLLS } A wise man (who might know his onions!) around one of the abbreviations for America, followed by a posh car.

15d Call from Whittington’s companion? (5)
{ MIAOW } The noise made by the creature which traditionally accompanies Dick in the pantomime.

16d Serve up a drink fit for a king (5)
{ REGAL } Reverse (serve up ) a drink often associated with louts in the popular press.

18d Party animal turns up for a noted textbook (8)
{ LIBRETTO } A political party followed by a river-dwelling mammal reversed (turns up). The definition is a slightly cryptic one for the words of an opera.

19d During the Christmas season ten will get drunk — most improper! (8)
{ INDECENT } A short version of writing when Christmas occurs followed by an anagram (drunk) of TEN.

21d What about Edward revealing how White Christmas ended? (6)
{ THAWED } Anagram (about) of WHAT followed by a short form of Edward. Nothing to do with the film or the song!

22d Skiers may provide one to be seen under the mistletoe (6)
{ KISSERS } Anagram (may provide) of SKIERS.

26d Turn up gas ring for pudding (4)
{ SAGO } Reverse (turn up ) GAS and add a ring-shaped letter. This gives the answer to the Christmas cracker joke “How do you start a pudding race?”

27d The bearer of pantomime spirit? (4)
{ LAMP } Where the genie was trapped until Aladdin rubbed it.