If you have been wondering where Elgar has been these last few weeks, he has been hiding in his sarcophagus sharpening his impaling stakes and putting together this fiendish puzzle. The newspaper version helpfully has the two squares mentioned in 1d/20d shaded in pink, but this is not necessary in order to be able to solve the puzzle. I will reveal all about 1d/20d at the end of the review.

1a    Penetrative manoeuvres sink chess freak after queen turns on 6th file (6,6)
{FRENCH KISSES} – an anagram (freak) of SINK CHESS follows the reversal (turns) of the Queen’s regnal cypher which itself follows the letter which represents the 6th file

11a    Your old listener, predominantly crude (6)
{EARTHY} – an archaic word for your preceded by (predominantly) a listener

12a    Removing south, mobile workers who are out of this world? (8)
{MARTIANS} – M(obile) followed by some workers without (removing) S(outh) 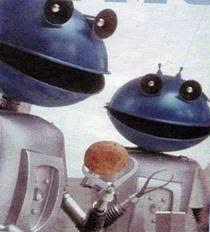 13a    ‘A miss __, perversely, as good as a ____’? (6)
{SIMILE} – a difficult one to explain – an example of the answer (definition by example indicated by the question mark) is derived by filling in the gaps; then reverse (perversely) the first word and add the second word

18a    Removal of intro badly disorientates new part of Manhattan (4,4)
{EAST SIDE} – an anagram (new) of DIS(ORI)E(NT)ATES after the removal of the various letters (badly) of INTRO

19a    A composer dumps the European in charge of fungus (6)
{AGARIC} – the A from the clue followed by a composer (of music or crosswords, take your pick) without the EL (the definite article in a European language) followed by the abbreviation for In Charge 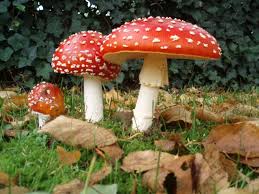 23a    Releases ‘C’mon Everybody‘? (4,2)
{LETS GO} – a double definition – releases without the apostrophe and c’mon everybody with – giving me not one, not two, but three video opportunities

27a    Comfortable, settling on these, yes, to indulge in holiday writing? (4,5)
{EASY TERMS} – Y(es) inside a religious holiday followed by a two-letter abbreviation for some writing 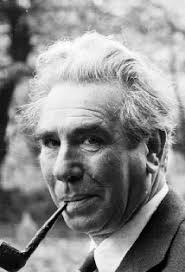 1d & 20d    What happened in the seventh square of 12A and the second square of 21A, let’s hope (7,7)
{FINGERS CROSSED} – Let’s hope is the definition and once the puzzle has been solved the poser in the clue will be revealed – see explanation at the end of the review 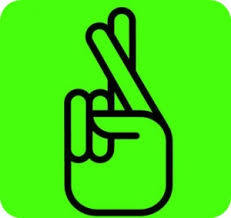 7d    One establishing excellent name as a monk? (8)
{ORDAINER} – start with two letters which represent excellent and N(ame) then put them inside a fraternity of monks – a monk is “in an *****”

14d    Old browser will be the death of him, so Giovanni thinks (8)
{MASTODON} – this browsing dinosaur is derived from the final letter (death) of hiM followed by a phrase (2,2,3) that could mean so Giovanni, the licentious nobleman from the eponymous Mozart opera, thinks – an allusion to Mr Manley, whose sets Toughies as Giovanni

16d    Chopper‘s mine to attend Her Majesty (3,6)
{EGG BEATER} – I thought Elgar had a strange conception of a kitchen implement, but this chopper is another, usually North American, name for a helicopter – a three-letter slang word for a mine, which has come up a few times before, followed by a phrasal verb (2,2) meaning to attend and the usual regnal cypher for Her Majesty 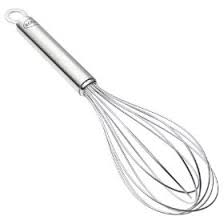 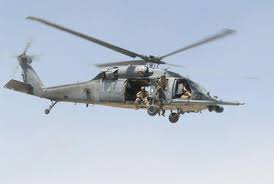 Click on the picture below to reveal the secret behind 1d/20d!

Check out the highlighted words intersecting at the pink squares.