Toughie No 891 by Petitjean

We don’t often come across Petitjean on a Tuesday, but this is one of his easier puzzles.

5a    Like seabird following trawler perhaps (6)
{ASTERN} – a two-letter preposition meaning like followed by a seabird gives, with an allusion to Eric Cantona, the position of a seabird relative to the trawler it might be following

8a    To endlessly bellow lines is worthless ostentation (8)
{TRUMPERY} – start with a verb meaning to bellow like an elephant, drop the final T (endlessly) and add the two-letter abbreviation for train lines 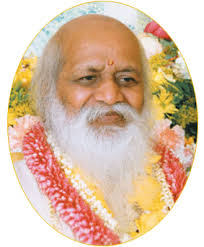 3d    Short-lived FM broadcast with days left (9)
{EPHEMERAL} – a word fragment that sounds like FM followed by a longish period of time (days, as in days of old) and L(eft)

5d    In a nutshell what do I do given early start? Drink! (8)
{ANISETTE} – the A from the clue followed by the outer letters (shell) of NuT around a phrase meaning “I compile a crossword” (what do I, Petitjean, do?) and followed by the initial letter (start) of Early

25d    Jacket  that one may pull on and get ripped (6)
{REEFER} – two definitions – a short thick double-breasted jacket and a cigarette containing marijuana, the smoking (pulling on) of which may get one high or ripped

I’ll be back tomorrow with the regular puzzle as Scchua is on holiday.