Toughie No 890 by Micawber

In the firing line

Tilsit is taking a prolonged sabbatical in order to concentrate on his Open University studies. When he sees the excellent puzzle he has surrendered, he might be wishing he had changed his mind. I’ll be taking over the Friday slot, but if anyone fancies trying their hand at reviewing I’d be delighted to hear from them!

Micawber’s puzzles are always a joy to solve and to review, and this one ranks up there with the very best.

4a    Too American? American’s great! (2,4)
{AS WELL} – A(merican) followed by an American adjective meaning great

10a    Line manager who’ll need more than one line? (6)
{ANGLER} – a person who “manages” a fishing line is cryptically defined as someone arranging for two lines to meet 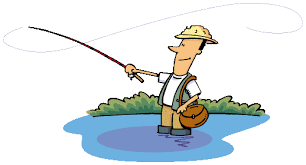 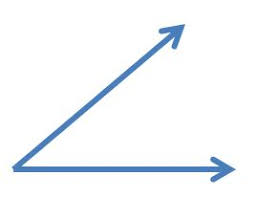 12a    Newish EU member’s half-back containing another — man of the match? (10)
{PYROMANIAC} – one country that has been an EU member since 2007 inside the reversal (back) of half of another EU member, this one, a Mediterranean island, joined in 2004 – the definition is a man who plays with matches! 16a    Unofficially, not hitting top form (3,3,6)
{OFF THE RECORD} – this phrase could mean failure to beat the previous best

20a    Out of date, like one who got into rock ages ago? (10)
{FOSSILISED} – like a former living thing preserved in rock

22a    Spooner’s one cornering spot market, perhaps in fast food (3,3)
{HOT DOG} – swap, Spooner style, the initial letters of the two words in the answer and it could be someone who corners the market in spots 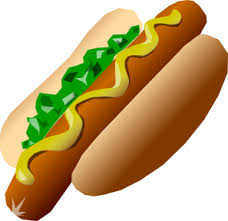 23a    Stick knife in one who’s breaking writers’ strike? (8)
{SCABBARD} – the answer, normally a noun, is defined here as a verb meaning to sheathe – split as (4,4) this could be a writer who is refusing to come out on strike

1d    Importance of last king taking on a mission to get rid of king (8)
{GRAVITAS} – take the full regnal cypher for our last king, insert the A from the clue and then add a mission without the final K(ing)

3d    New York district representative returned? Don’t bet on it! (2-5)
{NO-HOPER} – a district to the North of Houston Street in New York followed by the reversal of a REP(resentative)

9d    (Relative — male/female one) (11)
{PARENTHESIS} – the definition is a passage inserted in a sentence which is grammatically complete without it, usually, as here, bounded by brackets – a relative followed by the male pronoun and a female relative – note that if the punctuation itself were the definition then the answer would have been plural

14d    Showed partiality, excessively, and kissed with abandon (4,5)
{TOOK SIDES} – an adverb meaning excessively followed by an anagram (with abandon) of KISSED

21d    Bird with beak of gold flying up (5)
{ROBIN} – a beak followed by the heraldic term for gold, all reversed (flying up) 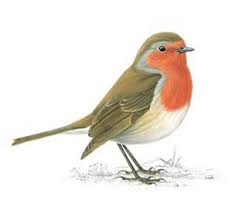 I can’t get enough of puzzles like this one – next up a review of 2012, similar to last year’s magnum opus?