Greetings from Ottawa where it was still October 31 when I sat down to write this review which means that it is Halloween, a night when people dress up in scary costumes and children go door to door extorting candy from residents in return for a promise not to do damage (trick or treat). We have also been experiencing the tail end of Hurricane Sandy. Fortunately for us, the storm had expended most of its destructive force by the time it arrived here and we are only getting some moderately high winds and a couple of days of rain.

Today’s puzzle from RayT seems to be rather on the tame side. Having blazed through three quadrants, I was ready to award it two stars for difficulty when I became seriously mired in the southwest corner. As a result, I bumped the rating up a tad. The puzzle is relatively devoid of anagrams so I know some folks will likely be disappointed.

Please leave a comment telling us what you thought. You can also add your assessment by selecting from one to five stars at the bottom of the post..

1a Breed for long stretch with speed (11)
{PROLIFERATE} – we begin with a charade of a preposition indicating support for a cause or position plus what is effectively the maximum term for which one can be confined to prison and a synonym for speed; the Americans like to impose longer sentences but I don’t think anyone has actually ever served a longer sentence

10a Shrinks from bullies boxing ears, oddly (6)
{COWERS} – shrinks from fear, that is; a word meaning frightens into submission is placed around (boxing) the odd letters of EaRs [it seems that my original solution was a load of bull; as numerous readers have commented, the clue has nothing to do with cattle]

14a Groove trailing street parade (5)
{STRUT} –a groove, such as might be made by tyres in a muddy lane, follows ST(reet)

17a Show envy after Queen record (9)
{REPRESENT} –start with a verb meaning to have a feeling of regretful desire for another person’s better fortune;then precede it with the abbreviation for the Latin term for Queen and Crosswordland’s most popular record format

25a Victorian female? (6)
{SHEILA} – not a lady from the Victorian Era, but a lass from the state down under [Thank you to Only fools for reminding me that unlike Victoria in Canada (which is a city), the one in Australia is a state]

26a Spoils, losing wicket, batsman’s time (7)
{INNINGS} –start with a sum of money that you may have acquired through a streak of good luck at the casino; then remove W(icket) from the front of it; the result is a cricket player’s turn at batting

27a Star in spot orating terribly (11)
{PROTAGONIST} – an anagram (terribly) of SPOT ORATING becomes the main character in a theatrical production; we nearly got through the first half without an anagram

2d Splendid chaps wearing right togs (7)
{RAIMENT} – this clothing is created by wrapping the two-letter abbreviation for R(igh)T around a term originally used to designate a first-class ship in Lloyd’s Register of Shipping plus some male persons; here’s one for the ladies

3d Member, one’s slow to pass law (9)
{LEGISLATE} –a charade of a lower limb, the Roman numeral for one, the S from the possessivedesignator, and a synonym for overdue

4d Initially fix on centre, usually significant (5)
{FOCUS} –the initial letters of the last five words in this all-in-one clue form a word denoting the centre of attention, which is usually – but not always – something of importance

6d Extremities covered in winter, minimally (7)
{TERMINI} –the ends of a railway line are hidden in the final two words of the clue 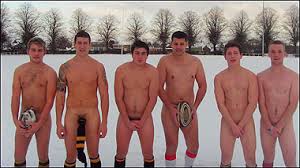 7d Mundane river ends in River Test (11)
{TERRESTRIAL} –mundane in the sense of belonging or relating to this world, not another, spiritual world; the two ends of R(ive)R are inserted in a river found in northeast England and to this is added a word denoting the act of using something on an experimental basis

19d One favours best English literature first (7)
{ELITIST} –a charade of E(nglish), LIT(erature) and a shortened form of first with the Arabic number replaced by a Roman one

21d … for nuts it’s silly eating seconds (6)
{INSANE} –another word for silly containing (eating) S(econds); the definition is “for nuts” as in belonging or relating to, or for, the mentally ill

23d Sun babe turned up accepting new vulgarism (5)
{SLANG} – start with S(un) and follow it with a reversal (turned up, it being a down clue) of an informal term for a woman; then insert (accepting) N(ew); why stop at one babe

There were no “knock your socks off” clues today, at least none that struck me as such (well, perhaps 6d once I saw the photo opportunity). I thought the hidden word clues (which seemed to be more numerous than usual) were all very well done. I liked 27a where the surface imagery of a stage performer in the spotlight delivering lines poorly was so appropriate. I also smiled when the penny finally dropped in regard to the Australian miss.