Toughie No 862 by Firefly

Greetings from the Calder Valley. Firefly fills the Friday slot today with an amiable challenge, although it didn’t help me by putting the wrong answer in to 12ac as my first entry!

Nina fans will notice something along the top and bottom rows that link into the theme of 11 across, which also defines a number of answers, hence my title to today’s blog! There are a couple of clues that personally make me suck my teeth, but overall it’s a worthy Friday challenge.

Please leave a comment telling us what you thought. You can also add your assessment by selecting from one to five stars at the bottom of the post. Favourite clues are in blue and the definitions underlined to help.

7a    Deposit from the joke shop for detergent? (7)
{SHAMPOO} We start with a double definition clue, the first part of which is cryptic. As a kid you may have been to the joke shop (do they still have them?) and bought one of these to upset your auntie. The name of a fake deposit (yes, that sort of deposit!) is the name of a type of detergent you may use upon yourself. I shall refrain from a picture at this point!

8a    Signboard repainted to avoid British government charges (7)
{INROADS} A word meaning ways in to something is an anagram (repainted) of SIGNBOARD minus B (British) and G (government). Not sure this works as a clue, as it technically asks you to anagram before removing the letters.

10a    Stamps into frightfully posh dump and gets dirty (7,2)
{MUDDIES UP) A word for stamps (think moulds) goes inside an anagram (frightfully)of U (posh) DUMP to give a phrase meaning gets dirty.

11a    Tory leader’s ready to show guts (5)
{TRIPE} A word for meat offal is revealed by taking T, the first letter of Tory and adding something that means ready.

12a    Chilly interviewer? (5)
{PARKY} D’oh! I went for the wrong interviewer. Not Sir David, but the nickname of Barnsley’s second favourite son, which is a dialect word meaning cold. Have to admit I preferred his sporting journalism to his interviewing style, but still prefer that compared to Piers Moron who seems to be the heir apparent. He’s the one on the right in this picture.

13a    Never back sailor to catch river rodent (6,3)
{NORWAY RAT} A type of rodent is revealed by taking an American expression that means ‘Never!’ adding the reversal of a name for a sailor and inserting R (river).

15a    Touring fair we are stirred and stirred again (7)
{REAWOKE} Around (touring) an abbreviation that means everything is fair or fine goes an anagram (stirred) of WE ARE to give something that means stirred once more. Nicely concise clue.

18a    Name of medication intricately enciphered — to avoid counterfeiters initially (9)
{EPHEDRINE} The name of a medication that I remember my dad taking for his asthma is an anagram (intricately) of ENCIPHERED minus C (counterfeiters’ first letter).

23a    Dash off with cousins to collect gumshoe (9)
{SUSPICION} An anagram (off) of COUSINS has the American abbreviation for a gumshoe inserted to give a word that means a dash or small amount of something. Some of you may struggle to find this as a definition, but it is in one or two reference works.

25a    Father’s boat providing transportation (7)
{FREIGHT} An abbreviation for Father is followed by a type of boat (and the name of a rowing crew) to give a type of cargo that is transported.

I am handing over to BD to do the downs. See you tomorrow!

2d           At Oxford, perhaps, sadness is difficult to hold in check (6)
{UPPITY} – a charade of a two-letter word meaning at university (Oxford, perhaps) and sadness

3d           Not one non-smoker seen, unusually, in 11 (8)
{NONSENSE} – a two-letter word meaning not one followed by the abbreviation of Non-Smoker and an anagram (unusually) of SEEN gives our penultimate thematic word

7d           These kind of membranes I peel off when less new (13)
{SEMIPERMEABLE} – an anagram (off) of MEMBRA(N)ES I PEEL without the N (when less New) – presumably intended as &Lit, but needs a stretch of the imagination 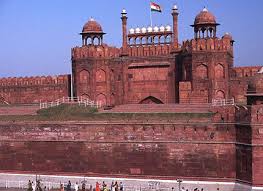 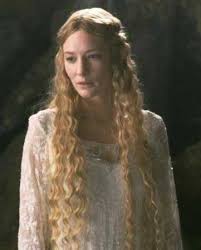 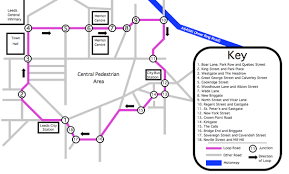 I’m off to London tomorrow and Tilsit will be chairing the Saturday Crossword club.  There will be no cake in the naught corner as crypticsue is bringing it all with her to Wapping, so you will have to provide your own.