Those who follow his puzzles in the Guardian would probably regard this as Paul Lite – easier to solve but still laced with his wicked humour.

1a    Tavern west of city serving game with added spice? (5,5)
{LOCAL DERBY} – a tavern or pub to the left (west) of a city gives a game like the Spurs against the Gooners 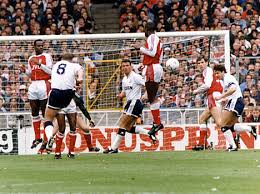 6a    Teacher, one backing pupil’s neighbour? (4)
{IRIS} – the title often used for a male teacher and I (one) all reversed (backing)

9a    Film about river, island and a country (7)
{CROATIA} – a film or covering around R(iver) and followed by I(sland) and the A from the clue

10a    Dog, this mongrel, biting hard — seizures essentially following (4-3)
{SHIH-TZU} – this spelling of the dog in question is given as (4,3) in Chambers and (4-3) in the ODE – an anagram (mongrel) of THIS around (biting) H(ard) and followed by the inner letters (essentially) of seiZUres 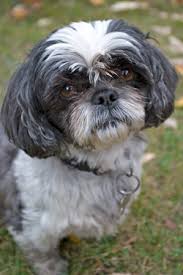 12a    Report of chicken (shock!) getting award (8,5)
{PULITZER PRIZE} – sounds like a chicken (6) followed by a shock (8) – a construct used in a Quick crossword pun eighteen months ago and in Gervase’s recent NTSPP puzzle!

15a    Mysterious vessel entering region, finally invisible (6)
{ARCANE} – a vessel or container inside a region without its final letter (invisible)

17a    Something precious stuffing duck, herb (6)
{LOVAGE} – the chemical symbol for a precious metal inside a word for a score of zero 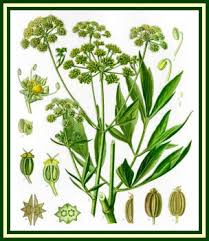 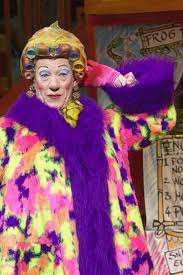 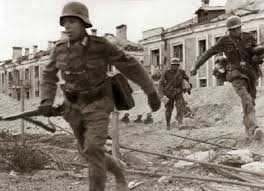 3d    Battle scene with bugle of oxymoronic dimensions? (6,7)
{LITTLE BIGHORN} – split the American battle scene as (6,3,4) and it looks like an oxymoronic description of a bugle – legend has it that the only survivor of the 7th Cavalry at this battle was a horse named Comanche

5d    Essence maintaining temperature, pour over oil (5)
{BASTE} – an essence or core around T(emperature) gives a cookery term meaning to drizzle oil over meat to keep it moist when roasting

7d    Drink container, lid off, inverted (7)
{RETSINA} – drop the initial C from a container and then reverse it (inverted) 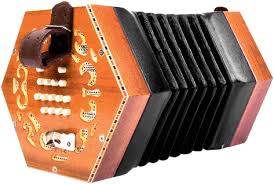 11d    Promise to tour country, taking others off? (13)
{IMPERSONATION} – an anagram (to tour) of PROMISE followed by a general word for a country

13d    Part of contract to run round shopping centre (5,5)
{SMALL PRINT} – the part of a contract that no-one ever reads is derived by putting a verb meaning to run around a shopping centre 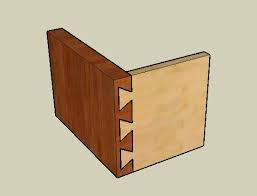 20d    Studio took down story, director’s last (7)
{ATELIER} – a charade of a verb meaning took down food, a story or untruth and the final letter (last) of directoR

23d    Leash dog’s taken from proverb? (4)
{LEAD} – I needed a bit of help with this one! – remove the name of a dog from P(Rover)b and the result is a chemical symbol

An excellent start to the Toughie week.