Toughie No 848 by Firefly

Where are the Eagles? 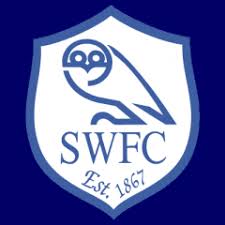 6a  Try level best to find flower (4)
{ELBE} – a European river which enters the North Sea at Hamburg is hidden (try … to find) in the clue.

9a  So be it — daughter’s getting compensation (6)
{AMENDS} – a word meaning ‘so be it’, heard at the end of various prayers, is followed by D(aughter) and the ‘S.

10a  ‘Haloes’ vis-a-vis ‘halothanes’, as below? (4,4)
{LESS THAN} – how you might describe the process of getting from ‘halothanes’ to ‘haloes’ based on what needs to be subtracted. 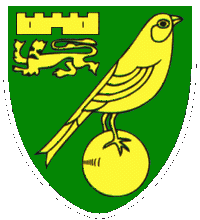 13a  Regularly try on Briony’s 22 having ‘18,4’? (6)
{ROBINS} – the even (regularly) letters of ‘try on Briony’s’ give us another themed answer (this one is used by several teams, not just the one illustrated).

15a  Wright has one short, plus extras at each end in overthrows (6)
{SMITES} – this is a verb that is heavily used in the Old Testament to describe the activity of a vengeful God exacting retribution on a hapless person or tribe. The setter is misdirecting you to think of cricket but wright, here, is a worker in metal (one who makes horseshoes, perhaps); drop his last letter (one short) and add the letters at each end of E(xtra)S.

17a  Lock fixture with copper bolt (5,3)
{BOBBY PIN} – an American term for a hairgrip is a charade of an informal word for a police officer and another word for a bolt or rivet.

19a  Type of pain bound up with spreading tinea (8)
{EGYPTIAN} – this is a typeface. Insert a slang word for pain inside (bound up with) an anagram (spreading) of TINEA.

21a  Fiat in ditch mostly junk (6)
{DIKTAT} – this reads like a slur on an Italian car but fiat here is an order or decree. A word for a ditch (not the usual spelling) loses its last letter (mostly) and this is followed by a word for worthless odds and ends (junk).

22a  Girl having tete-a-tete down a bit? And others like her? (5,2,1,7)
{BIRDS OF A FEATHER} – this phrase, meaning people of similar character, is part of the key to the themed answers. Girl having tête-à-tête  could be cryptically rendered as BIRD on SOFA; add a bit of down. The question mark for the first part of the clue is definitely needed. I hope I’ve got the wordplay correct; if not I’m sure someone will put me right. [Thanks to Qix for explaining that tête-à-tête is an s-shaped sofa].

23a  19 idol‘s in extremity — credit withdrawn! (4)
{ISIS} – start with an extremity or emergency and take out the abbreviation for credit.

24a  Fine to employ hint of sauciness in blue papers? (5)
{FUSES} – the fireworks that we used to let off on Guy Fawkes night always used to carry the warning ‘Light blue touchpaper and stand well clear’ (they may still do, for all I know). String together F(ine), a verb meaning to employ and the first letter (hint) of S(auciness).

25a  Central points from article validated (therefore sustained) hypothesis (4)
{IDEA} – pick out the central letters from four contiguous words in the clue.

1d  Magnates get rich with gas-oil processing free of international interference (9)
{OLIGARCHS} – an anagram (processing) of RICH and GAS-O(i)L without I(nternational).

2d  Enter Churchill first and last in roll for oratory (7)
{LECTERN} – something used by orators is an anagram (roll) of ENTER and the first and last letters of C(hurchil)L.

3d  Parliament’s May mostly dressed in Lynam’s leathers (9)
{DEERSKINS} – Parliament’s May is not Theresa (I know that she likes kitten heels and leopard skin shoes, but I’m not aware that she’s into leather) – this refers to the “Parliamentary Bible” which lays down the procedures and practices of the UK Parliament and which was first published by a Clerk of the House of Commons. We want his middle name without its last letter (mostly) and this goes inside (dressed in) the abbreviated forename of Mr Lynam.

7d  Island where, for a start, bloomin’ wet weather engulfs it! (7)
{BRITAIN} – this is a sort of semi-all-in-one, especially after the Summer we’ve had. The starting letter of B(loomin’) is followed by wet weather containing IT.

13d  Fanaticism of bishop spurned by Jewish colleagues after admitting send-up (9)
{RABIDNESS} – remove one of the Bs (bishop in chess notation) from Jewish religious leaders and insert (after admitting) a reversal (up) of SEND.

14d  Shift arrangement overturned in struggling Asian hospitals (9)
{SANATORIA} – a shift arrangement (i.e. a list of who’s working which shifts) is reversed inside an anagram (struggling) of ASIAN.

17d  Outlaw cloth caps for 22 having ‘18,4’? (7)
{BANTAMS} – our final themed answer comes from a verb to outlaw followed by the informal name for round Scottish cloth caps.

18d/4d  Hastings and Bosworth perhaps heaved taking ghastly tablets (7,7)
{PITCHED BATTLES} – two major engagements on English soil (in 1066 and 1485 respectively) provide examples here. A verb meaning heaved, like a ship in a rough sea, is followed by an anagram (ghastly) of TABLETS.

20d  White going down at the Crucible — somewhat naff on initiating spins (2-3)
{IN-OFF} – the Crucible theatre in Sheffield is where the World Snooker Championship is played. The setter wants you to think of Jimmy White but white is actually the white ball being potted by mistake after hitting another ball. It’s hidden (somewhat) and reversed (spins) in the clue.