Toughie No 846 by Osmosis

Bits and Pieces by Antony and Cleopatra

Alas young Tilsit is still getting his money’s worth from the NHS, so we are back again. Not the most difficult Friday Toughie, although Cleo did need Tony to explain a couple of bits of wordplay as she was being a little dense this morning.

1a    Biscuit tin kept by vocalist, heading off during interval (6,4)
{GINGER SNAP} – the chemical symbol for tin after (kept by) a vocalist without his/her initial letter (heading off) inside (during) a three-letter word for an interval 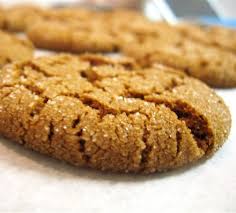 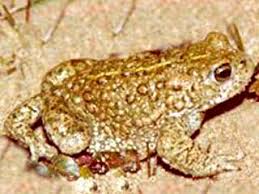 13a    Road surface adverse, cracking nut (9)
{MACADAMIA} – a type of road surface followed by a reversal (adverse) of two letters which represent cracking or excellent

15a    Lecturer, in entrance unoccupied, outlines Tom’s second term in music (8)
{DOLOROSO} – L(ecturer) inside an entrance followed by the outer letters (unoccupied) of OutlineS and the second letter of TOm

16a    Junk food unwrapped on edge of table makes mark on leg? (6)
{TATTOO} – a three-letter word for junk followed by the inner letter (unwrapped) of fOOd itself preceded by the initial letter (edge) of Table

20a    Public ignores old bear, munching bone (8)
{VERTEBRA} – an adjective meaning public without the initial O(ld) followed by an anagram (munching) of BEAR

23a    Old actress sees Giggs on board relaxing (4,5)
{DORA BRYAN} – the first name of footballer Giggs follows (on) an anagram (relaxing) of BOARD 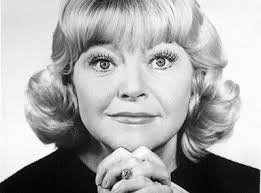 26a    European runner emitting pained cry, joint last in race (4)
{ELBE} – a European river (runner) – a joint in the body without (emitting) the final ow! (pained cry) followed by the final letter of (last in) racE

27a    By 7 in morning, one’s gazing at Galaxy endlessly? (10)
{GASTRONOME} – the seventh letter of morninG followed by someone who might be gazing at a galaxy without his final letter (endlessly) – does this person really gaze longingly at a Galaxy bar?

28a    List of names, Aaron-Rupert, initially rejected? (4)
{ROTA} – how a list of names starting and ending with the initial letters of Aaron and Rupert respectively might be labelled is reversed (rejected)

29a    Film-maker understanding sport’s market (3,7)
{KEN RUSSELL} – a three-letter word meaning understanding followed by a team sport, to S from ‘S and a verb meaning to market 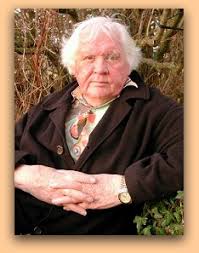 1d No more work on Tyneside? (4)
{GONE} Work or operate (2) plus the abbreviation for the area of England which includes Tyneside.

2d Painting topless under shade, in retirement, that’s spontaneous (7)
{NATURAL} Reverse (in retirement) the brown shade of skin colour produced by the sun and follow with a large wall painting with its first letter removed (topless).

3d Little energy shown by Ringo, barely playing group’s song? (7,5)
{ELEANOR RIGBY} I always like a clue where you end up singing for the rest of the morning. An anagram (playing) of RINGO BARELY after the abbreviation (little) for Energy. If one could prove Ringo hadn’t shown much energy and barely played the drums in this particular song, could this clue be an &Lit? 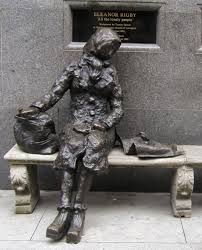 4d Right away, tension grips crowd here in London (2,6)
{ST JAMES’S} Cue much muttering about apostrophes! Remove the R from some mental tension, insert a congested crowd (3), and split the result 2, 6.

5d Bolt maybe retains first place in championships after a flyer (6)
{ALCOCK} One of the two flyers who were the first to cross the Atlantic by air. A (from the clue) then insert the first letter of Championships into a device to keep something closed of which, perhaps, a bolt is an example.

7d Messy politician tucks into milky dessert (skimmed) (7)
{UNKEMPT} Remove the first letter (skimmed) from a type of milky dessert made from flavoured milk set with rennet and insert the abbreviation for a Member of Parliament (politician). Does anyone eat this anymore? I haven’t seen it since the 50s or 60s!

8d Maths expert terribly hasty to obtain silver and gold — source of profit foremost (10)
{PYTHAGORAS} Start with the first letter of Profit (source…foremost) and follow with an anagram (terribly) of HASTY into which has been inserted both the chemical symbol for silver and the heraldic word for gold.

11d Vehicle Army put in hands of Bill and George, on bends, beneficial (12)
{ADVANTAGEOUS} In this clue, Bill isn’t a boy’s name but refers to the abbreviation for a printed notice, which should be followed by a type of vehicle for transporting goods, the abbreviation for the Territorial Army, a rarely used abbreviation for George and finally the single letter used to describe certain sort of bends plus S (bends, plural).

14d Artist led shakily around hospital section, getting attention (6,4)
{EDWARD LEAR} Although best remembered for nonsense verse, this gentleman was an accomplished artist too. Insert a room in a hospital, that alas our friend Tilsit knows far too well, into an anagram (shakily) of LED. Follow this with a word meaning attention or listening carefully and then split the result 6,4.

17d Sample of fiddle, in stereo, found here in Ireland (8)
{LEINSTER} I got this Irish Province from the checking letters/definition and then took a while to spot the craftily hidden word (sample) to be found in fiddLE IN STEReo.

19d Melted brie, smothered in salt, served up as cheesy meal (7)
{RAREBIT} A reversal (served up) of one of the ways of referring to a sailor (salt being another) into which is inserted an anagram (melted) of BRIE.

Insert the first letters of Yellow and Removing (requires…. Primarily) into an opening or entrance into an enclosed space.

25d Ring Oriental in China (4)
{PEAL} Not jewellery but the sound of a bell. China is the Cockney rhyming slang for a friend or mate. Insert E (Oriental, Eastern) into another informal way of referring to a friend.

Cleo thought there seemed to be an awful lot of clues requiring the removing of letters today. No particular favourites, just a nice Toughie to end the week.

Tony agrees with Cleo. A handful of clues of this kind are par for the course, but there were too many today.