Hola from the Vega Baja. Got the right day again this week so things is looking up!
Well, I’ve no idea how long this would have taken me under normal circumstances. I solved it while watching the film “Memphis Belle” (for about the third or fourth time) on the telly so I’ve based the difficulty rating on how easy it was to write the hints. Please feel free to disagree, as you usually do! The film was a lot better than the puzzle and most of the pennies dropped during the commercials!
Definitions are underlined in the clue.

As usual the ones I like best are in blue. Please leave a comment telling us what you thought. You can also add your assessment by selecting from one to five stars at the bottom of the post.

1a     Writing for a foreign film implied accepting sex (8)
{SUBTITLE} – To get this writing. that you see on the bottom of the screen when watching a foreign film. you need to insert (accepting) a colloquial word for sex (2) into a word meaning implied or artful.

10a     Copper approaching end of tether with hardly any time to be indoors (6)
{CURFEW} – The chemical symbol for copper followed by R (end of tetheR) and then a word for hardly any, or not a lot.

12a     Insist a sure thing’s sound (6)
{ASSERT} – Sound here is a homophone indicator. This word meaning to insist sounds like a sure thing in a horse race.

15a     Anorak from free catalogue? No thanks (7)
{CAGOULE} – This anorak (garment not trainspotter) is an anagram (free) of CA(ta)LOGUE – CATALOGUE with the thanks taken out.

20a     Beyond its shelf life’s no time to be selling (4)
{SALE} – Take a word to describe bread beyond its sell-by date and remove the T(ime) and you get some selling.

21a     Party leader’s extremely snazzy, stylish and spiritual (7)
{PSYCHIC} – P (Party leader) followed by SY (extremely SnazzY) and then a word for stylish or fashionable.

26a     Regretting using Parisian street that’s almost completely jammed (6)
{RUEFUL} – A French street followed by most of a word meaning jammed or chock-a-block. 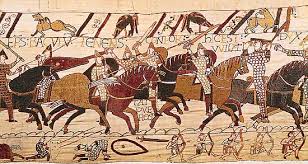 8d    East-ender’s unexpected death involving weight and temperature getting checked (8)
{THWARTED} – It’s a word for checked, as in stopped or stymied.  I think it might be the R (east of endeR)  along with W(eight) and T(emperature) and DEATH all anagramed (unexpected) but if I’m right the clue doesn’t work!  Hopefully someone else will explain – where’s Gazza when you need him?
8d    Checked time Lawrence returned clutching fizzy water (8) – revised online clue (see Phil McNeill’s comment below)
{THWARTED} – T(ime) followed by the initials of the author of Lady Chatterley’s Lover reversed (returned) around an anagram (fizzy) of WATER

11d     Change the ending of popular fellow’s talks with second half cut (7)
{INFLECT} – To change the way you pronounce the end of a sentence, which makes most Aussies sound, to British ears, as though they’re asking a question. It’s the usual popular (2), F(ellow) and then half of a word (half cut) meaning talks or speeches. 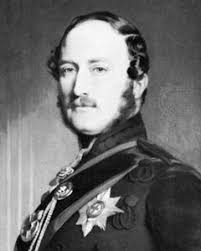 18d     Happy student capers in party clothes (4,4)
{GLAD RAGS} – Charade of a word for happy and some student capers usually aimed at raising money for charity.

19d     Fire without heat ultimately is fake (8)
{SIMULATE} – To fake or copy is a word for fire or excite with the T removed (no heaT ultimately).

22d     Central courtyard a partial success (6)
{ATRIUM} – This courtyard is A (from the clue again!) followed by most of (partial) a word for success or great win.

24d     One in suit — Burberry — outwardly sociable (6)
{CLUBBY} – A card of one of the black suits in a pack of cards followed by BY (BurberrY outwardly) is a word meaning sociable. Bit like me really (not)!

27d     Information a bit topsy-turvy (4)
{DATA} – Take A (from the clue yet again – I’m getting bored with this!) and follow with a word for a bit or little and then reverse the whole lot (topsy-turvey).

Really went off this puzzle while writing the hints. How many times does a man have to type “A (from the clue)”? In this case I think six times!  Some reasonable clues but no stand-outs for me.