We have an entertaining puzzle from Beam with several of his usual double-entendres and the obligatory reference to Queen (piece of useless trivia – Freddie Mercury was born on this day in 1946). The mix of clue types is quite odd; there are no anagrams at all but lots and lots of containment-type clues and hidden words.
Let us know what you thought and please click on one of the stars below to record your enjoyment factor.

1a  One entering school tests works fine (12)
{SATISFACTORY} – insert I (one) in the abbreviation for assessment tests in school then add a works.

9a  Belt holder securing many rounds? (9)
{BANDOLIER} – the surface is trying to make you think of boxing but this is actually a cryptic definition of a belt that holds ammunition.

10a  Kid’s programme entertaining child (5)
{SPROG} – hidden (entertaining) is an informal word for a child.

12a  Britain and America opposing heretical German (8)
{BAVARIAN} – single-character abbreviations for Britain, America and opposing (in a sporting sense) are followed by an adjective relating to a heretical Christian doctrine.

13a  Quarantine perhaps, for instance with spots returning (6)
{ENCAGE} – reverse (returning) the abbreviation of for instance and teenage spots.

18a  A container in this way produces plant (8)
{ACANTHUS} – A is followed by a container for liquid and a single word meaning in this way. 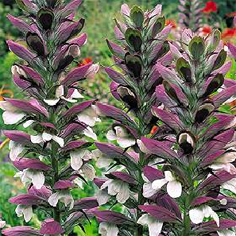 19a  Bowled over by view from pavilion (6)
{GAZEBO} – the cricketing abbreviations for bowled and over are appended to (by) a verb meaning to view intently.

21a  Pervert’s in hot water (8)
{IRRIGATE} – a verb meaning to pervert or manipulate fraudulently has to be inserted in an adjective meaning hot or seething.

23a  Regret catching computer key for ‘Save’ (6)
{RESCUE} – a verb meaning to regret contains the key that’s normally found at the top-left of a PC keyboard.

27a  Submissive with single adult turning to moan (9)
{COMPLAINT} – an adjective meaning submissive or cooperative has the two consecutive letters that are abbreviations for single and adult reversed (turning).

28a  Rook expertly capturing Rook on flank, remarkably (12)
{CONSIDERABLY} – a verb meaning to rook or defraud and an adverb meaning expertly go round (capturing) a R(ook) on the chessboard which itself follows (on) a synonym for flank.

1d  Turn to gas to get high (7)
{SUBLIME} – double definition. The first meaning (as a verb) is to change a solid substance directly into vapour by heating.

3d  Flimsy blouse held up in public eye (9)
{SPOTLIGHT} – an adjective meaning flimsy or delicate contains the reversal (held up) of what a blouse is, i.e. a garment covering the upper part of the body.

5d  Menace subsequently trapping rebel without cause initially (8)
{THREATEN} – an adverb meaning subsequently contains (trapping) a verb to rebel or respond adversely without the initial letter of C(ause).

6d  Rise of an Emperor Haile Selassie follower (5)
{RASTA} – there’s a bit of lifting and separating needed here. Reverse (rise of) an emperor (a Russian one, perhaps).

7d  Smart if I celebrate taking trick (8)
{ARTIFICE} – this is another hidden-word clue (taking).

8d  Moved up, straddling horse announced as punch perhaps (6)
{EGGNOG} – reverse (up, in a down clue) the past participle of a verb meaning to have a turn (moved), in a boardgame perhaps. Now insert (straddling) what sounds like (announced) a child’s horse.

14d  Following check, expose piece, one on board (8)
{CHAIRMAN} – the abbreviation for check, in chess, is followed by a verb to expose or articulate and another word for a piece on a chessboard. After all the chess-related wordplay the ‘board’ in the definition is nothing to do with chess.

16d  The French composer first in twitter ends ‘Gypsy’ (9)
{TRAVELLER} – the French definite article (masculine singular version) has the name of a composer (also French, just to confuse us) placed in front of it (first). Now put all that inside the outer letters (ends) of T(witte)R.

17d  Young man’s gripping extravagant upturned rump (8)
{BUTTOCKS} – an old word for a lively and energetic young man plus the ‘S contain (gripping) the reversal (upturned) of an abbreviation meaning extravagant or excessive.

18d  Foreigners like to eat right (6)
{ALIENS} – an adverb meaning like or ‘similar to’ contains (to eat) a legal right.

20d  Clearly too tense inside (7)
{OVERTLY} – a synonym for too or excessively has T(ense) inserted.

22d  Stabled by Poseidon, Augeas turned over dung! (5)
{GUANO} – one of the labours of Hercules was to clean out the large stables of Augeas, which apparently contained thirty years’ worth of accumulated dung. Hidden (stabled) and reversed (turned over) in the clue is the word you’re looking for.

24d  Caught member following mount (5)
{CLIMB} – the abbreviation in cricket for caught is followed by a bodily member.