Back in February Gazza posed the question “What Happened to Grockle, Heckle and Jekyll?” when MynoT skipped a few consonants. Well here’s the answer – the grockle was on holiday. Another yawn of a puzzle – knowing that there is a particular consonant in every answer takes most of the fun away from solving.

Please leave a comment telling us what you thought. You can also add your assessment by selecting from one to five stars at the bottom of the post. Definitions are underlined in the clue.

4a    Too many words, essentially adverbial, become dated (8)
{VERBIAGE} – the middle five letters (essentially) of adVERBIal followed by a verb meaning to become dated 11a    Hybrids would be no good in mushrooms … (8)
{MONGRELS} – put the abbreviation for No Good inside some mushrooms – I thought I would look up the mushrooms in Chambers where they are described as edible discomycete fungi; then I looked up discomycete “a group of fungi with open apothecia” and then on to apothecia “open fructifications in discomycetes and lichens, often cup- or saucer-shaped” and finally fructifications “a fruiting body” at which point I gave up, none-the-wiser 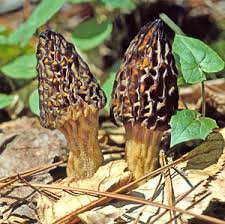 13a    … to consume by way of mouth — not seriously? (6)
{INGEST} – split as (2,4) this sounds like a phrase meaning not seriously – the question mark indicates that there is something unusual about the clue, but I don’t recall it being used to indicate a homophone

18a    Char and lance swimming in Gulf state pursuing glaucous water primarily (8,5)
{CLEANING WOMAN} – an anagram (swimming) of LANCE and the IN from the clue followed by a Gulf state itself after (pursuing) the initial letters (primarily) of Glaucous and Water

22a    Ecstasy used by director-general in government fringe (6)
{EDGING} – E(cstasy) followed by the abbreviation for Director-General, IN and G(overnment)

27a    Old officer‘s nuts to get cocktail of gin (6)
{ENSIGN} –another word for nuts, as printing measures, followed by an anagram (cocktail) of GIN

28a    Talk about European mixed diet and become overambitious (3,5)
{GET IDEAS} – boastful or garrulous talk around E(uropean) and an anagram (mixed) of DIET 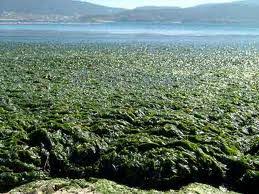 5d    Keen but not active? That’s a bore (4)
{EGER} – start with an adjective meaning keen and drop the A(ctive) to get a bore like the one on the River Severn

6d    Get away, going to Iowa leaving behind English flower (7)
{BEGONIA} – an exhortation to get away is followed by the abbreviation for the US state of Iowa then E(nglish) is dropped (leaving behind) from the first word

7d    Turning over in sleep, a gastronome’s yawning (5)
{AGAPE} – hidden and reversed (turning over) inside the clue 19d    Without horse, Opposition leader is in minority (7)
{NONAGED} – start with a phrase that could mean without a horse (2,3) then add the first name of the current Leader of the Opposition to get an adjective meaning still legally an infant

23d    Game bird — that’s understood (3,2)
{GOT IT} – a two-letter game of skill for two players, who take turns to place black or white stones on a board, followed by a small bird

I wait with bated breath to see which letter MynoT tackles next!