I was disappointed today as an opportunity for a puzzle with a French flavour has been missed.

25a         Epilogue in story reportedly by King? (9)
… king here is a definition by example, indicated by the question mark, of a man on a chessboard

27a         Ballerina — often misspelt, Darcey’s last name (7)
The name of this famous ballerina comes from an anagram (misspelt) of OFTEN followed by the final letter (last) of DarceY and N(ame) 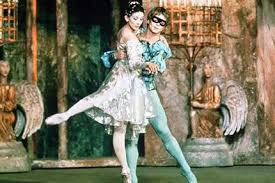 28a         Actor’s assistant, a help in the theatre (7)
Someone who helps an actor get into his costume or someone who helps to bandage wounds after in the operating theatre