A typical Tuesday not-very-Toughie from Kcit. A pleasant enough puzzle, but Kcit doesn’t seem to have embraced what is expected, by me at least, from a Toughie. Unusual definitions and obscure places are not enough.

5a    Thoughtless behaviour this month in court (8)
{INSTINCT} – this fixed pattern of behaviour in response to certain stimuli comes from a charade of the abbreviation, used in business communications, for the current month, the IN from the clue and C(our)T

9a    Hard-core, like an off-colour yarn? (4-2-3-4)
{DYED-IN-THE-WOOL} – a hyphenated word meaning hard-core or entrenched could describe some yarn that has had its colour changed

10a    High-pitched confrontation after one drops from plough? (8)
{FALSETTO} – to get this high-pitched singing voice of a range or register above its natural one put a hyphenated noun (3-2) meaning a confrontation after I (one) is removed (dropped) from a verb meaning to plough an exam – the answer was easy enough, but to plough is an antiquated usage

14a    German town’s pipes almost complete (8)
{TÜBINGEN} – to get this university town in central Baden-Württemberg, Germany, start with some pipes (6) and then add most of a verb meaning to complete or finish

19a    Memory about ‘coloured’ is evoking this? (6)
{RACISM} – put some computer memory around (about) C(oloured) and IS to get a word meaning discrimination on the grounds of colour

23a    Is copper lurking in Scottish club a plant? (8)
{HIBISCUS} – put IS and the chemical symbol for copper inside an Edinburgh football team to get this plant with large colourful flowers 3d    Rags in cupboard? (5)
{PRESS} – a collective word for rags or newspapers is also a type of cupboard used for storing linen

5d    Choral piece in easy pace engrossing one (7)
{INTROIT} – the choral piece sung at the beginning of Mass is derived by putting IN and an easy pace, especially for a horse, around (engrossing) I (one) 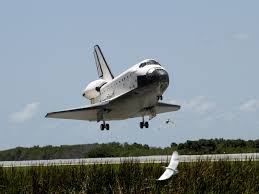 22d    German artist more sullen, having lost love (5)
{DÜRER} – to get this German artist start with an adjective meaning more sullen and drop (having lost) the O (a score of love in tennis) – I still vividly remember an exceptionally boring school trip to an exhibition of this artist’s work

Note to the Crossword editor – please read your description of a Toughie.  It’s on your website http://puzzles.telegraph.co.uk/site/article_full_details?article_id=3  !