Toughie No 792 by Micawber

A Wednesday Micawber is always a joy for me and this one is no exception. There are some terrific clues and it’s all done without being overcomplicated or mind-blowingly difficult.
Let us know what you thought and please take the time to tell us how much you enjoyed it by clicking on one of the stars below.

1a  Baboon’s function — to catch flies? (3-3)
{DOG-APE} – catching flies is a phrase used to describe someone with their mouth wide open, so what we want is a verb meaning to stare open-mouthed. Before that there’s a function or party and the whole thing is a term for a baboon. I didn’t know this word and my first thought was that the function required was pi.

4a  Retiring, nocturnal creatures, fish find shelter (8)
{STABLING} – reverse (retiring) mammals that fly at night and follow this with a fish of the cod family to make shelter for horses.

10a  Company’s router losing out — it may be disheartening for Apple (5)
{CORER} – apple is falsely capitalised – what we want is something to take the heart out of an apple. The abbreviation for company is followed by router after ‘out’ has been lost.

12a  African’s language and his law reformed before independence (7)
{SWAHILI} – an anagram (reformed) of HIS LAW precedes I(ndependence).

13a  Liable to snap? Countryman will, in hearing (7)
{BRITTLE} – an adjective meaning liable to snap or easily broken sounds like (in hearing) a contracted form of a native of this country will.

14a  Simulation, a trivial rule misapplied? Terry not admitting slip (7,7)
{VIRTUAL REALITY} – this is a computer-simulated environment. It’s an anagram (misapplied) of A TRIVIAL RULE followed by Terry without (not admitting) the verb to slip.

17a  In this way, Shakespeare covers love that applies to everyone (6-3-5)
{ACROSS THE BOARD} – start with in this way (i.e. the direction of this clue) and add a term (3,4) for Shakespeare with O (love) inserted.

21a  Scholars did fashion, head to toe in highest quality (7)
{ACADEME} – this is a literary term for the world of scholars. A verb meaning did fashion (or simply fashioned) has its first letter moved to the end (head to toe) then that is inserted in an informal adjective meaning of the highest quality.

23a  Supervise what Kilroy may do to wall? (7)
{OVERSEE} – double definition, the second cryptic. Perhaps I don’t visit the right areas but it’s my impression that Kilroy doesn’t get around as much as he used to. 24a  Fly, wingless one infesting animal’s back (9)
{SKEDADDLE} – what we want here is an informal verb meaning to fly or run away. I was initially convinced that ‘animal’s back’ was a reversal of elk’s but I couldn’t get the middle bit to work and had to think again. It’s actually a wingless fly (a parasite of sheep) which is sitting in (infesting) part of an animal’s back (which, especially one of lamb, you can get from a butcher for Sunday lunch).

25a  Ambition setter has, to follow doctor (5)
{DRIVE} – the first person, contracted form of ‘the setter has’ follows an abbreviation of doctor.

1d  Revealing resolution a month early, try hard to give up second and third portions (8)
{DECISIVE} – the definition here is revealing or significant.   Start with a date (3,1) which is a month earlier than when you usually make your resolution(s), then add a verb to try hard without the T and R which are its second and third letters. Thanks to BD for pointing out the correct wordplay .

2d  Pacemaker and maybe triple bypass for West ‘am goalkeeper said to be getting on a bit (9)
{GERIATRIC} – an adjective meaning getting on a bit is made up of two homophones (said) – firstly the forename of the lead singer of the Pacemakers and secondly the Cockney (West ‘am) pronunciation of what may lead to a goalkeeper being beaten (bypassed) three times by the same opposing player. Superb!


3d  Regular locales I may enter in revolt over corrupt rule (7)
{PURLIEU} – this word means a person’s regular haunts or stamping-ground. Reverse (over) an adverb meaning in revolt, follow this with an anagram (corrupt) of RULE and finally insert (may enter) I. 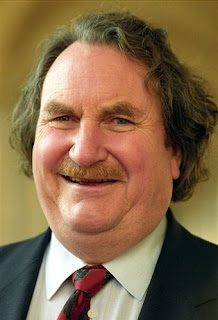 6d  Half of bitter ale’s rough and unrefined (7)
{BESTIAL} – an anagram (rough) of half of BIT(ter) and ALE’S produces an adjective meaning unrefined or brutish.

8d  Device that’ll pick up sheep with dirty wool (6)
{GADGET} – stick together words for a) a sheep in its second year and b) a dirty tuft of wool hanging off the hindquarters of said sheep, then reverse (pick up) the lot to make a device or gizmo.

9d  Calf’s attached to this chain, stolen and led off (8,6)
{ACHILLES TENDON} – this is the bit of the body that attaches the calf to the heel-bone. It’s an anagram (off) of CHAIN STOLEN  and LED.

15d  Felt hat is ruined, but there’s nothing you can do about it (5,4)
{THAT’S LIFE} – a phrase indicating resigned acceptance that que sera sera comes from an anagram (ruined) of FELT HAT IS.

18d  On deck, perhaps, between Europe and Nairobi (4-3)
{OPEN-AIR} – this adjective means not inside so it could, perhaps, describe being on deck. It’s formed from (between) the last bit of Europe and the first bit of Nairobi.

19d  Extent of French pain over the English leaving (7)
{BREADTH} – translate the French word pain and add TH(e) without the abbreviation for English.

20d  Mountains of money suddenly beginning to come in — in your dreams! (6)
{MASSIF} – a word for a group of mountains comes from the abbreviation for money followed by a phrase (2,2) meaning ‘in your dreams’ with the beginning letter of S(uddenly) inserted (to come in).

22d  Bowl spin over a period of time (5)
{ARENA} – the sort of bowl in which you might watch a sporting event is the reversal (spin over) of an indefinite article (A) and a distinct period of time.